Or:
how I learned to stop worrying and fill the tub

I met up with Maggie and Charlotte at the brewshop, which has been graciously cellaring 13th Weekend saison since I bottled it three weeks ago. Brooklyn Wort, originally scheduled for this weekend, has been postponed two weeks but that doesn’t stop us from sampling the saison. Delightful! Sour citrus aroma, nearly lemony up front, the classic Juicy Fruit flavor profile of the French Saison yeast I used. It finishes dry with a noticeable but by no means overwhelming bitter snap courtesy of Hallertauer hops. Easily the best beer I’ve brewed.

We sit out back under cloudless skies and get absolutely mauled by mosquitos. Shop regulars filter in and out, including one with “ghetto mead” which was brewed with bread yeast. It smells like port, is the color of urine, and is delicious. 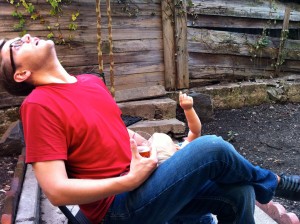 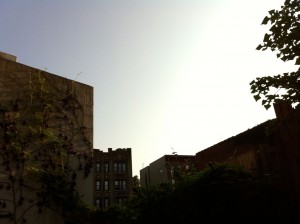 Charlotte is up, at ’em, and completely unconcerned with the weather. Yelling “Valentine! Valentine!” she runs around looking for the copy of The Berenstain Bears’ Valentine Party. This is one of the dumbest books we own, second only to The Berenstain Bears and the Haunted House which is also from the “Lift-the-Flap” series that is the brainchild of Mike & Jan Berenstain. Yes, Mike, the son of Stan and Jan, the couple who brought us the truly wonderful The Berenstain Bears Get the Gimmies. Suffice it to say, things really went downhill after Stan Berenstain shuffled off this mortal coil.

In the Lift-the-Flap books, the bear cubs are constantly getting into the kind of problems that can only be solved by looking behind things. In the case of the haunted house, they lose their cat and decide to trespass inside a scary looking mansion on Spook Hill. I won’t spoil it for you. Charlotte takes the Lift-the-Flap marketing literally, taking pleasure only in the literal lifting of flaps. She usually zooms through the books in less than 30 seconds. She couldn’t care less what’s behind these flaps or how the bear cubs got into this mess in the first place.

We run out for the usual Saturday morning bagels, plus four extra just in case. We’re out of butter, so we swing by the grocery store on the way back. It’s Thanksgiving eve levels of busy, with people aimlessly buying things they think might come in handy in a hurricane. Instead of empty shelves where roasting pans and turkeys would be, there are empty shelves where bread, water, pink lemonade (?), and Entenmann’s (??) would be. We get our butter and toilet paper and hustle out of there. 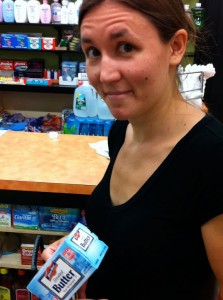 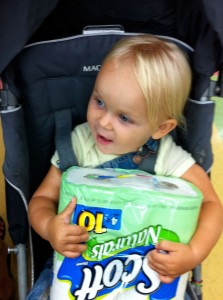 We bring our dead plants in off the fire escape so they don’t fly away and kill someone. Irene is turning into a damn fine excuse to clean up some lingering messes. 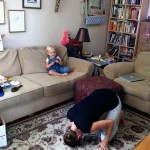 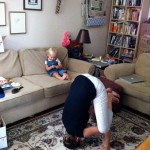 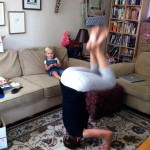 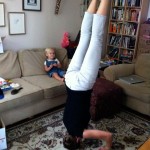 I just realized there will be many chances to use the words “bulwark” and “potable” this weekend. So happy.

Went out for what I assume will be the last time until the storm passes. I walked down to the beer & soda place on Washington and it was even more packed than I thought it would be. It was a Christmas Eve sort of mood. People worried about what they would bring to the party and whether they would have enough. Meanwhile, the street outside was completely dead. With the words of Bill Pullman in Spaceballs echoing in my head, I purchased only what you need to survive—a limited edition lager and a 750 mL bottle of bière de garde—and took my place at the end of the line (eighth).

One thing these disaster movies gloss over is the fact that after the catastrophe, the dazed populace left behind to roam the streets is actually incredibly drunk. 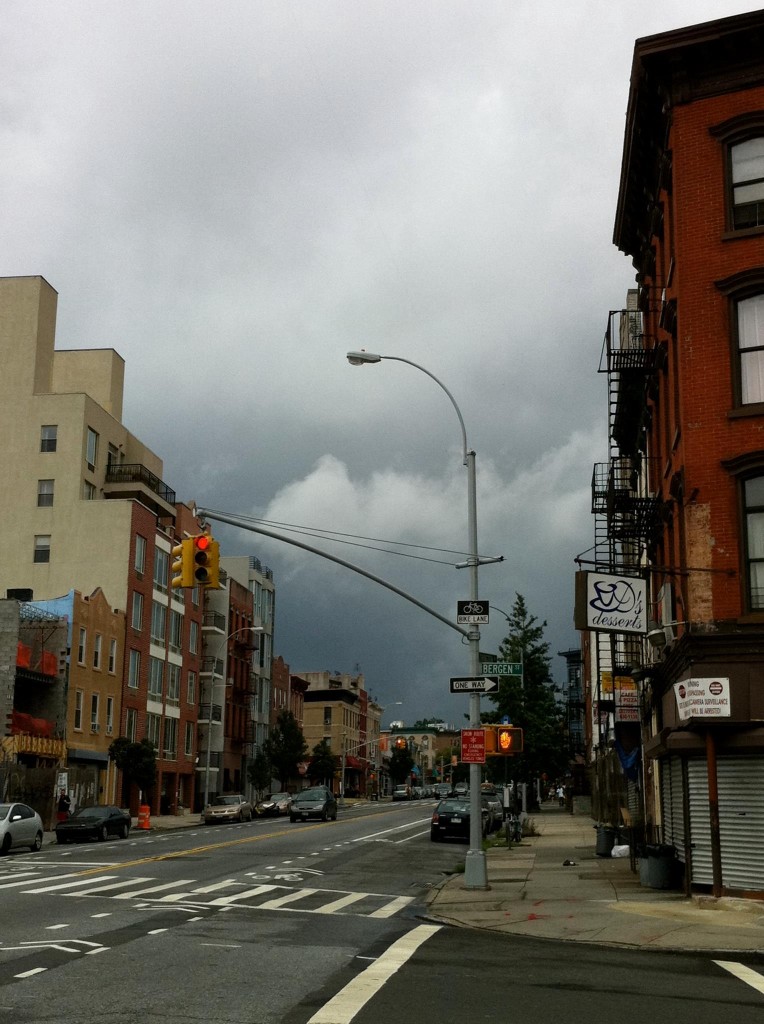 Eating early tonight. Initially the plan was to get takeout. Ordering early would help us beat the rush and/or restaurants closing early and/or deliverymen getting swept out to sea. But after Maggie ruled out a Thai place we’d never ordered from before—”two tums up” proclaimed the only review, ominously—we decided to just wing it ourselves. Fried rice with CSA onions and carrots.

Started watching Tommy Boy but couldn’t finish. It’s amazing how little time Chris Farley and David Spade are actually on screen together. There’s, like, 30 minutes of Brian Dennehey, Bo Derek, and the world’s most improbable rugby team before we’re rewarded with Farley’s “what’d you do?” to Spade.

We’re going to bed. The storm has definitely started. It’s raining steadily and there have been a couple of strokes of lightning, but that’s about it.

Both of us were awoken but we’re not totally sure by what. It wasn’t Charlotte, for once. Hey, it’s windy out there! The cherry tree out back is blowing around and in my sleepy haze I’m trying to estimate whether it’s blowing more than it usually does. Do its branches usually hit the building behind us? I decide that yes, they do, and go back to sleep.

Awake for good. The center of the storm is about to pass over us and there doesn’t seem to be much behind it. It’s starting to look like we’ll get our Sunday back.

Devastation: microscopic, at least from this vantage point.

We’re headed outside. It stopped raining hours ago, there’s only an occasional gust of wind, and we’re tired of being cooped up.

We’re back. Lots of little branches down, but the damage is far less severe than that caused by last September’s “tornado.” What a cornucopia of natural phenomena in the last year! A tornado, an incredible blizzard, an earthquake, and now a hurricane.

My attention is already turning to the workweek ahead and I’m kind of feeling like we got shorted on summer’s 13th weekend.

Charlotte is up from her nap and playing with a toy car that says “Go Hawks!” on it. It’s easily among her top 5 favorite toys this week. She’s eating cereal and talking about getting into the car and going to New Haven. “Bye bye beer!” she calls out as the car motors across the kitchen table.

Headed to the grocery store to pick up a few things for dinner. Going to see if we can return the hurricane toilet paper we bought yesterday. Surely TP prices have fallen today.

Well, the grocery store was closed. I guess we’re stuck with the $5 toilet paper. But living in the urban core has its advantages—the organic market around the corner was open and doing a brisk business. I made a vegetable hurricane curry for dinner. No recipe to share, but I have learned a couple of things making a melange like curry:

Like Irene, this live blog ran aground overnight and lost its punch.

The wind is still gusting outside, but now the clouds are back to their familiar west-to-east movement, cruising in on air that is fresh and unseasonably cool. There’s a palpable sense of quiet in the neighborhood. Few people ventured out today, and there’s still very little traffic.

For whatever reason, there’s always been a windchime downstairs at Chavella’s. Even though they moved a couple blocks over last week (and dropped an “l”—just Chavela’s now), they must have forgotten to take the chime, because I heard it a little bit ago while I was washing dishes. With the brisk late summer wind and the quiet and the chimes, it was downright rural for a moment.

Strange weather we’ve been having.