Getting to Rockaway Beach is easy, if you have $2.25 and some patience. From our place, it takes about an hour and a half and not one but two shuttle trains, which bookend transfers between the C and the A. Saturday, we grabbed our trusty beach umbrella, slathered on the not-waterproof sunblock, and headed to the beach for the first time all summer. 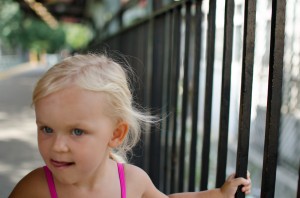 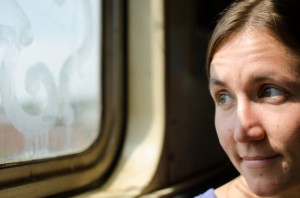 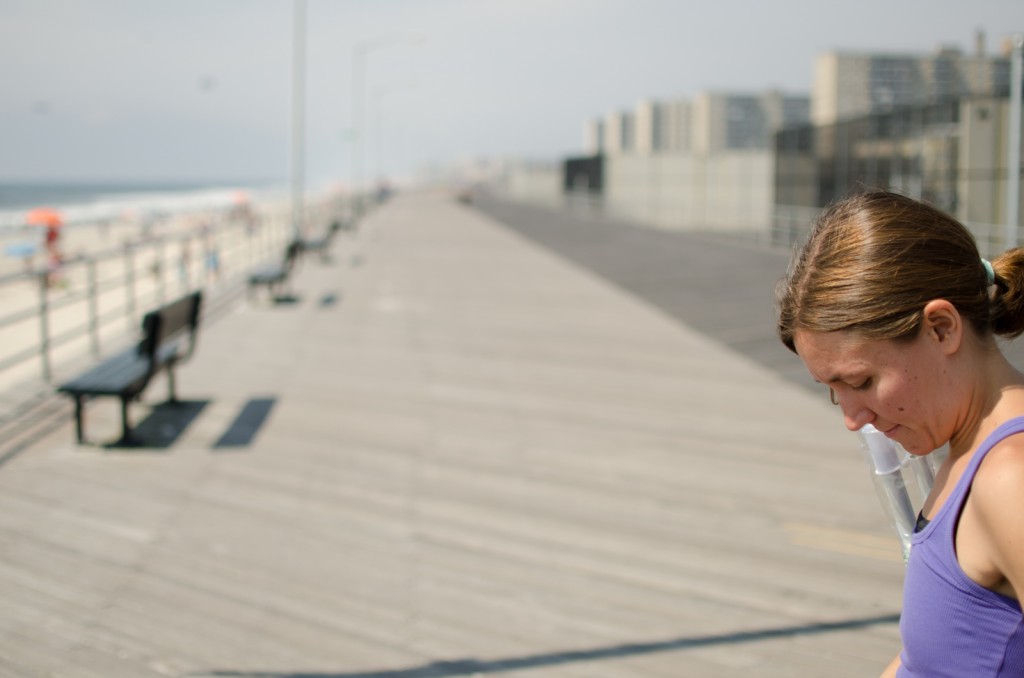 Rockaway Beach itself is a curiosity. Housing projects dot the beach, with the occasional condominium or 19th century Victorian thrown in, all vestiges of the Rockaways’ numerous boom and bust real estate cycles. The neighborhood is full of contradictions: beachside but poor, urban yet sleepy, remote but still solidly connected by the long arm of NYC public transit. 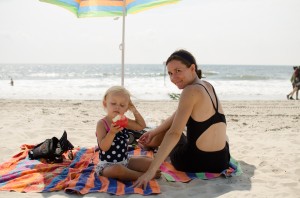 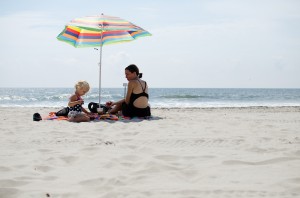 The beach is the main draw. It’s by far the best beach we’ve found in NYC proper. The sand is clean, the boardwalk (relatively) free of boards that will swallow you whole, and we’ve found the beach to be much less crowded than those at Coney Island and Brighton Beach. The only city-sanctioned surfing area is at Rockaway Beach; Maggie once worked with someone who took his board on the subway out to Rockaway and back from Manhattan every weekday, just to get in some surfing before work. 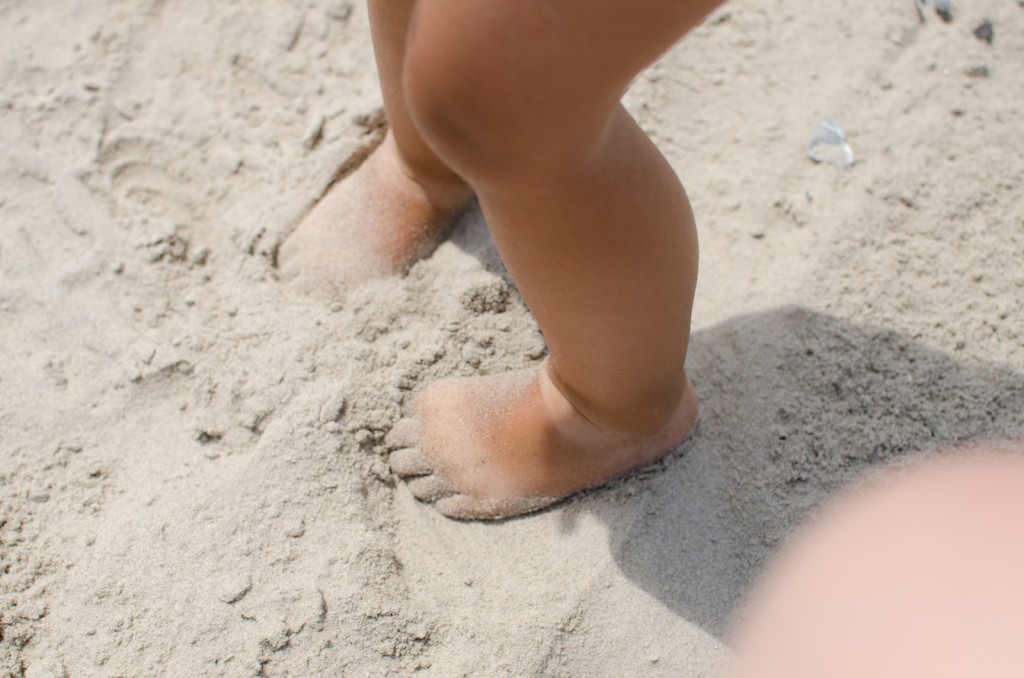 Mattbot don’t surf, but the waves sure look good. The surf is powerful, as there’s nothing between the Rockaways and Brazil to stop them. Tall waves roll in and out quickly and forcefully, scouring so much sand from the beach it’s a wonder there’s any beach at all. Rip currents are a real danger and there are lifeguard stations a few hundred feet apart up and down the beach. Saturday, vigilant lifeguards were doubled up at each station, whistles hot.

We stayed very close to shore with Charlotte and I only ventured out to “swim” once, letting the waves crash over my head and push me back toward shore. We had the beach virtually to ourselves, at least by overcrowded NYC standards. The fact that I was able to take a picture of the girls with no one else in it is testament to how (relatively) empty the beach was. 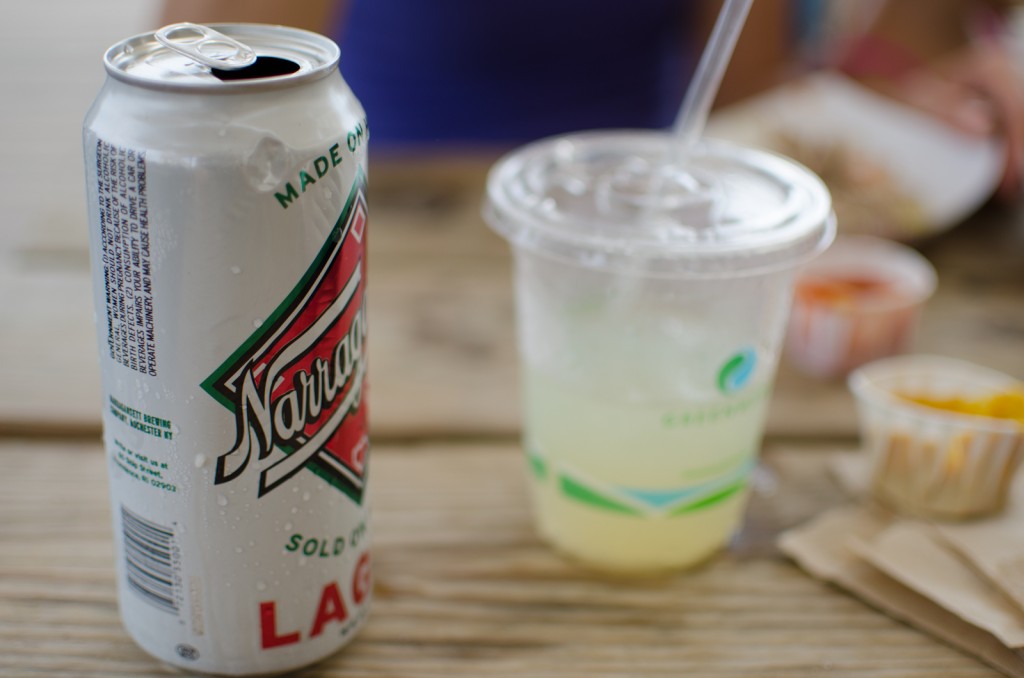 Much has been made of the Rockaways as a kind of “Hipster Hamptons” by those who trade in such moronisms. Young people with tattoos who care about quality food have set up in the boardwalk pavilions to sell excellent coffee (Blue Bottle) and burgers (Roberta’s, The Meat Hook), which means an obnoxious Times trend piece can’t be far away. 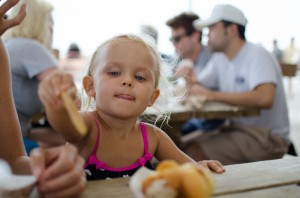 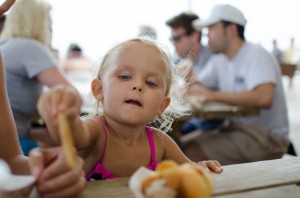 We stopped at one of those places, Rippers, on the way back to the train, and it was one of the most perfect beach experiences I’ve ever had. Really good food, cheap beer, picnic tables and fun, loud oldies. I feel badly for anyone who sees a place like this and can only think “hipsters.” I saw a place happily serving lots of high quality food in a perfect setting. It felt welcoming and young and care-free—summery. 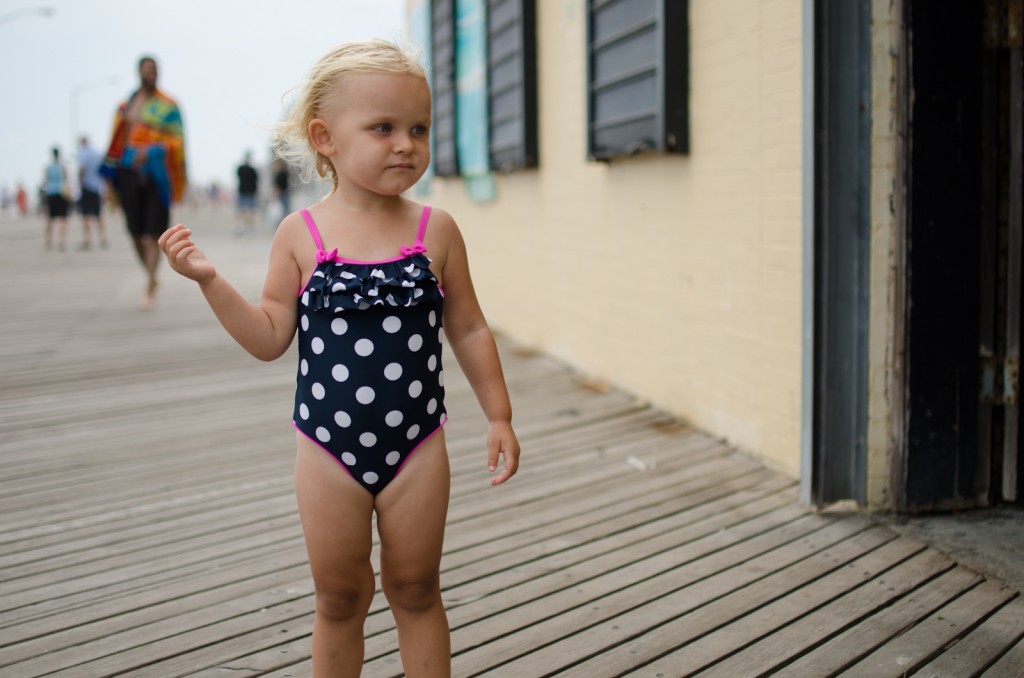 The last week in August is one of my favorites in NYC because everyone leaves. Office life slows down, there are even occasional seats on the trains during rush hour. Sometimes, even the humidity takes a break, leaving warm, clear days, and dry breezes in its place. Everything pauses just for a moment, to appreciate the end of the summer and take a breath before the next big change.

We returned from the euphoria of the beach to learn that a high school friend of ours had succumbed to cancer after a protracted fight. Josh and I didn’t run in many of the same social circles in school, but we were in a lot of the same classes together. He had a mind for philosophy that I couldn’t match, one that served him well in high school sparring about God and the GOP and, more importantly, in the US Army, when he argued for and obtained rare conscientious objector status after serving as an interrogator at Abu Ghraib. He was a thoughtful, compassionate, and deeply principled person. It’s immensely sad that he died at such a young age.

My lasting memory of Josh will be the chance meeting I had with him at a bar in Iowa City several years ago. The conversation left me humbled and energized, as he told me about his experiences, his beliefs, and his work. If there’s a silver lining to Josh dying at such a young age, it’s that I—and many others—will recall how fragile life is, consider what made Josh tick, and try to carry his principles forward in the pursuit of a better world.