Once More Unto the Beach

We went to Brighton Beach on Sunday, a textbook summer day. Bright sunshine, mid-80s, humid: decidedly thong weather. Hot enough that we were happy to have made the poor environmental choice to leave the air conditioning running at a dull roar while we were out, just so we could step back into a cool apartment when we returned. Sorry about that. 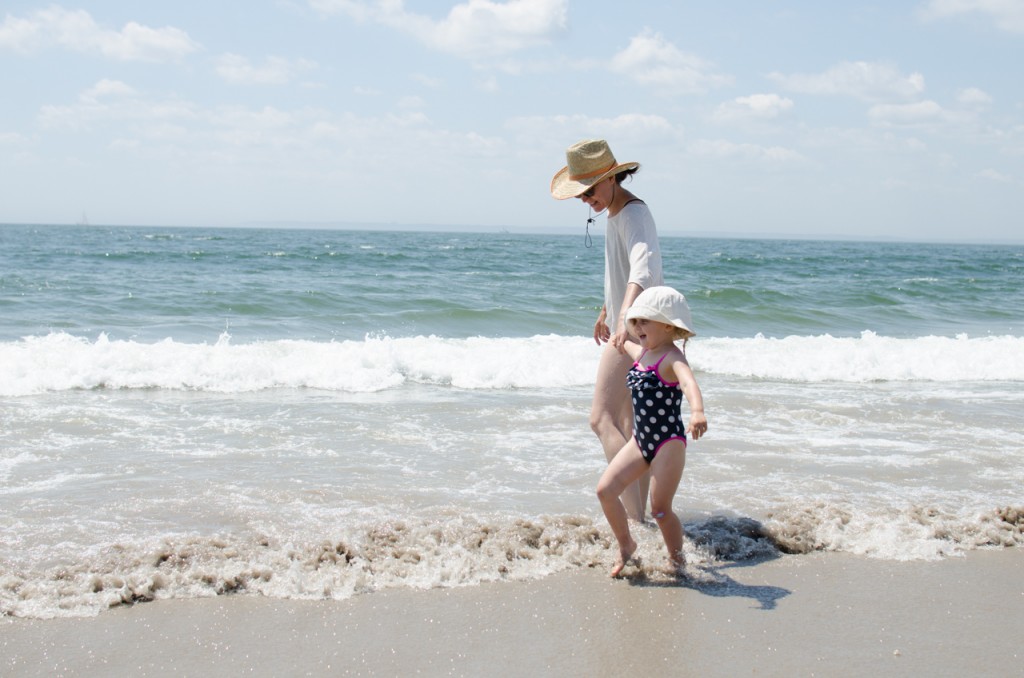 We went early enough in the day that it was just the Campbell-Raws and the Russian grandmas before the younger crowds arrived. Upon arrival, we made a beeline for the water. Charlotte, in a reversal from last August’s trip to the Rockaways, ran toward the ocean with gusto, eager to jump over the waves, race them back to shore, and get dipped in the deeper water.

Maggie, who is tougher than me at everything except cold water, splashed around on shore while I waded out into the breakers in a strident, masculine sort of way. The water was frigid, colder on one’s feet than at the surface. Still warming up for summer.

I go to the beach for one moment: when you’ve waded out far enough that the next wave crashes over your head. You have a couple of seconds to see it coming, to decide whether you want to bob up to avoid it or let it overtake you. The plunge is clarifying and always worth it: frigid saltwater untangles everything, if only for a moment. 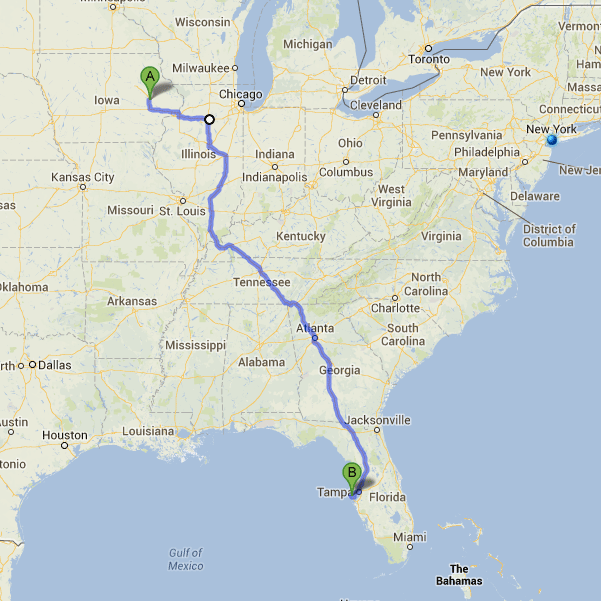 † Macon, GA to load up on pecans. Mattoon, IL and Paducah, KY because they had funny names. Some Cracker Barrel in-between, to make some regrettable choices about breakfast gravy.

When I was a kid, my family took regular summer vacations to the nation’s humidity basket—Florida’s Gulf coast. I stress regular. Look it up the dictionary. There’s not just a picture but an entire centerfold of Raw family vacations: at the same time of year, in the same car, stopping at the same weird southern cities,† ultimately ending at the same beach, restaurants, and miniature golf courses.

Every summer we’d do the same thing, leaving the stresses of Cedar Rapids, Iowa behind. We’d usually set aside a few days during the trip for some well-structured adventure (Disney World, or a different beach, for example), but the true objective was to sit by a chlorinated pool and do very, very little.

Yes, right. We drove across the country to hang out by a pool, with the ocean 100 feet away. It seems very odd now, in hindsight but I thought little of it at the time. The ocean in Florida is bath water warm in the summer, so there’s nothing especially refreshing about it. Maybe that was why we stuck by the pool, I really don’t know. We didn’t completely avoid the beach, far from it. The beach and the ocean were extras on those vacations though, not the primary focus like they are for us now. 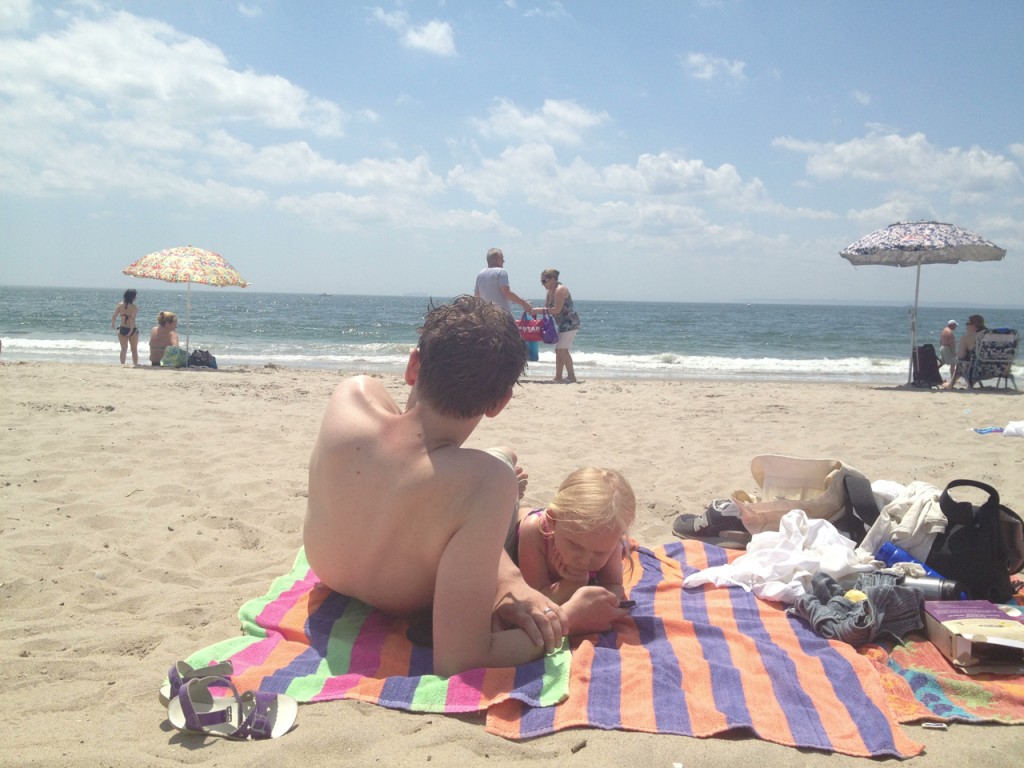 After my icy dip, my mind was feeling particularly loose. Back on our blankets, I noticed one of those tanned, beefy guys you see on every beach, the type who were born with wraparound sunglasses on. All he was doing was running on the beach, but something about him struck me as particularly carefree. I wondered what it would be like to just leave the fancy coffee and the professional ambition behind, move the family 30 minutes south and make a life out of running up and down the beach every day.

It was a tantalizing escapist thought but I’m sure I couldn’t do it. The beach holds such power for me because I only get there a couple times a year. I need the city, with all its connections, to tangle things up such that cold waves are the only cure. 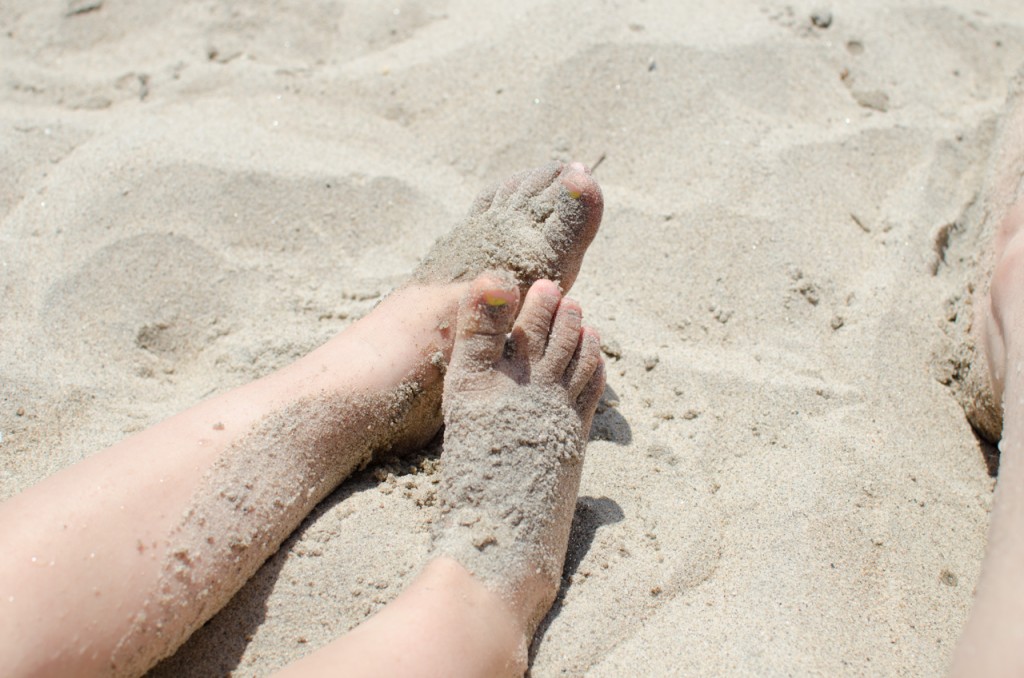