A long time ago, Wink sent a letter to us that described (and I may get the details wrong) the delight she was having in looking at and drawing a particular kind of plant or flower she’d found along an Iowa roadside. “Myopic fervor” was how she described it, and Maggie and I have joked about that phrase ever since. For me, it conjures an image of some kind of hyper-focused, ecstatic state of observation that I can both joke about—see your doctor if your myopic fervor lasts longer than four hours—and fully believe is a real thing in the creative process.

During one of my runs this weekend, I was thinking about how we see and process the world, having rented a lens for my camera for the weekend that sees the world a little differently. It would have come up without the lens to prompt me, as I learned that Charlotte is starting to see things differently. 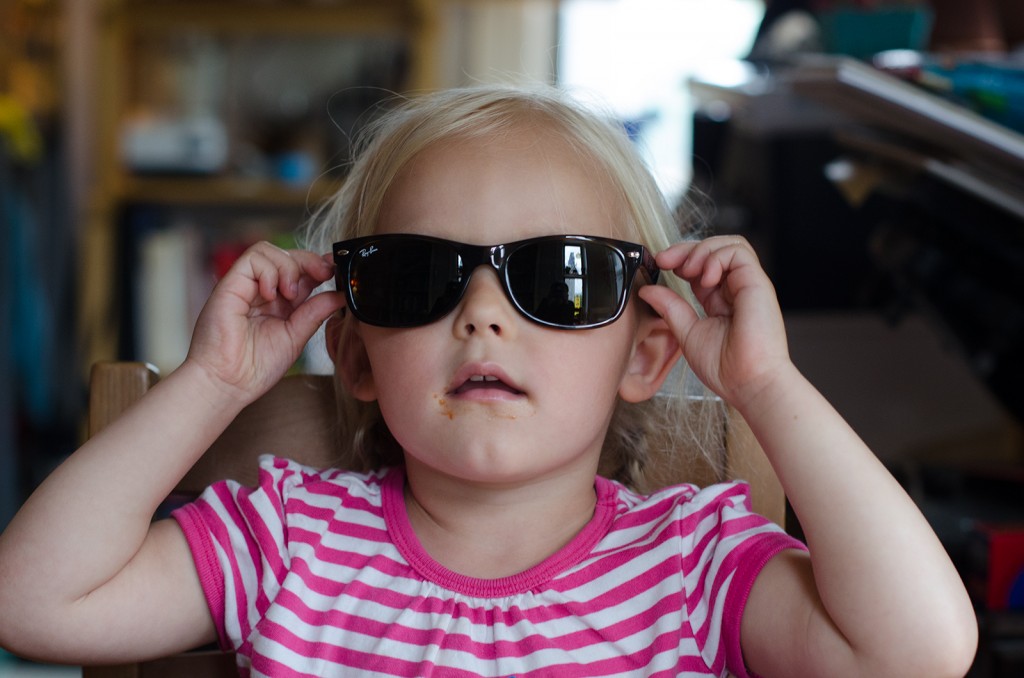 I was also thinking about confirmation bias, as I assume you all do while exercising. Confirmation bias is the tendency everyone has to make reality conform to beliefs we already hold.

I thought of these things in the context of how I talk about Charlotte’s emerging personality. When you have a kid, the default small talk topic is describing what that kid is like to people who don’t know her well. It turns out that this is kind of shaky ground. The second I start describing Charlotte, I’m aware that my own myopia is showing. What have I been examining closely in Charlotte? Often what I’ve been examining closely turns out to be something I worry about. Often what I worry about is just a reflection of my own insecurities. This gets pretty uncomfortable for mere small talk.

I’m in the business of describing and naming things. Usually, I describe Charlotte as quiet, shy, or cautious. Is she or is that just a projection of my shy and cautious tendencies? The longer I use those words to describe her, the more I worry that these qualities are all I’ll ever see, when, if I’d just look, there are a million examples that I’m subconsciously ignoring. I try to remind myself that there is no prize for coming up with the most accurate description of your kid.

I ran a lot this weekend. 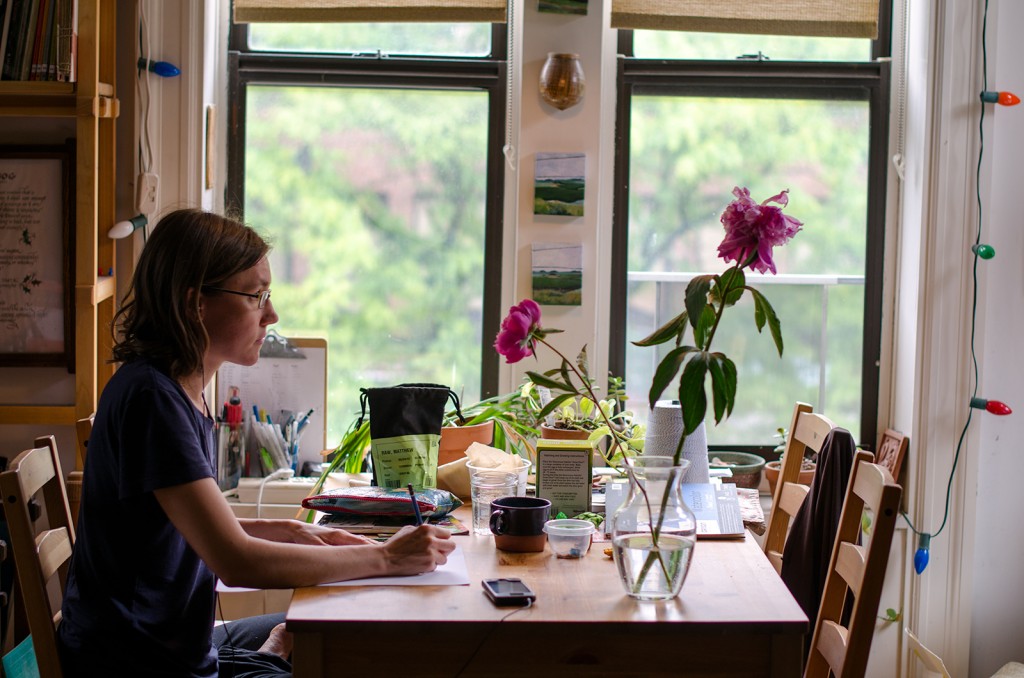 If what quantum physics predicts is correct, that the act of observing an object fundamentally alters it, then the Campbell-Raws really did a number on this poor peony Saturday. The weather kept us indoors most of the day, where the three of us made careful notes and announcements about its transformation from bud to flower. It began the day as a just-opened bud and by afternoon it had gone full peony. Maggie drew it and painted it. I, of course, focused on the peony’s relationship to time. Charlotte snapped a few pics to capture the perspective at table height.

Peony Triptych, by the Campbell-Raw Family 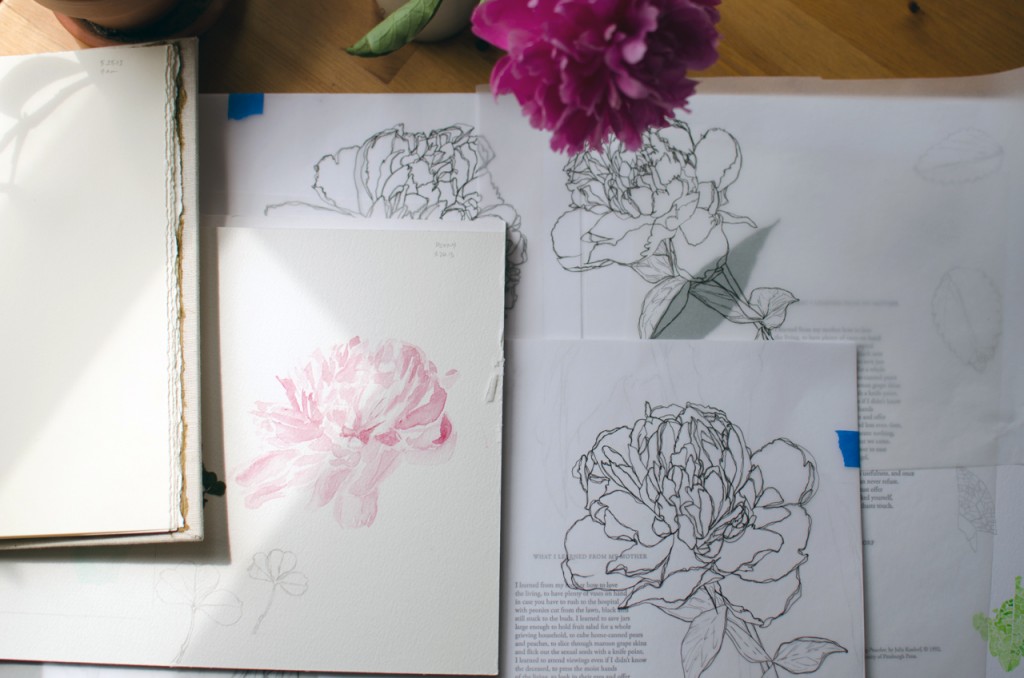 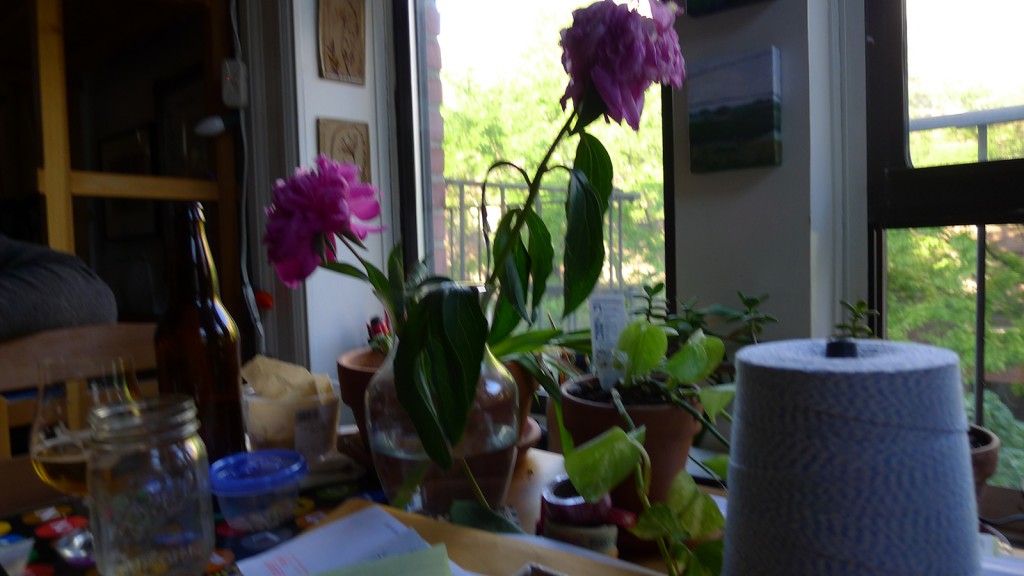 Charlotte loves taking photos, so I set her up with our old point-and-shoot and gave her a few basic instructions. She spent much of the weekend taking pictures of me taking pictures of her. When she wasn’t doing that, she could be heard walking around the apartment, camera around her neck, noticing and exclaiming. “Oh! That is beautiful, I’m going to take a picture of it.” Or, the more direct, “HEY, I need to take a picture.” 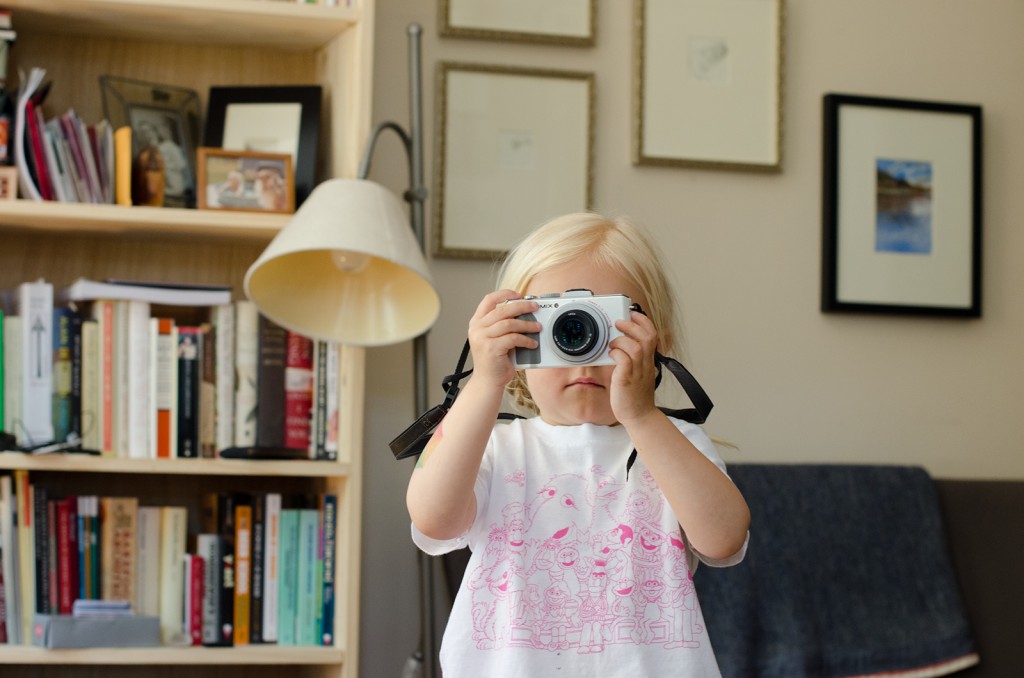 She’s starting to see things on her own now, sometimes in heartbreaking ways. Let me tell you about Dino.

"‘Hey! I want to look at that!’ said the Dino, wide-eyed."
— A thing Charlotte actually said

I got Dino from a co-worker who had some extra dinosaur eggs laying around and thought of Charlotte. We put Dino in a cool water bath as the box instructed and two days later, amidst much anticipation, he came out of his shell. The payoff was much better than those dumb capsules that turn into little foam animals in the bathtub, he was an actual rubber toy. After he finished growing, we took him out of the water and Charlotte began taking him everywhere. Dino was chatty—she would narrate his frequent exclamations. Dino was curious—he came along with her on trips around the neighborhood. Dino was mischievous—he typed on the computer and tried to take our phones. He was her right-hand reptile.

On Sunday, tragedy struck. After a lengthy trip to the bathroom, Dino’s tail fell off. ("Hey! I need to poop!" were Dino’s unfortunate last words.) One minute he was perched happily on Charlotte’s potty, with Simms Taback’s Dinosaurs propped up next to him. I’m not totally sure what happened next. Charlotte must have gone in to help him clean himself up when she came back to the kitchen holding Dino, a crack in her voice. Dino’s tail had broken off his body and was dangling by a thin layer of plastic.

As funny as the circumstances of Dino’s toilet terror were, Charlotte’s sudden silence reminded me that, actually, there was nothing funny about it. She set him on the table and looked at him for a minute, her heartbreak obvious. She didn’t make eye contact with me, which is one of the things she does when she is trying not to cry. I told her I’d try to fix his tail but she must have heard the doubt in my voice. She knew Dino was done.

Toys break all the time and are quickly forgotten; somehow Dino was different. I watched her standing over him at the table, not quite mourning, but not far from it either. She knew the fun was over. She wouldn’t be able to play with him the same way again. Against my will, and only for the slightest instant, my mind jumped far ahead to the point where my tail breaks. The thought was only there for a flash and it was so ridiculous and hyperbolic I really debated even sharing it. And yet. I couldn’t shake it, an instant was all my dumb brain needed to make the connection, to see that the look of loss on Charlotte’s face and know that she was coming to terms with a world that wouldn’t always be how she wanted it to be.

I saw that look again in Charlotte’s face on Tuesday morning when I left for work. She didn’t want to talk to me and she wouldn’t say goodbye. She just knew the long weekend was over—there was nothing I could do about it except kiss her and tell her I’d see her soon. 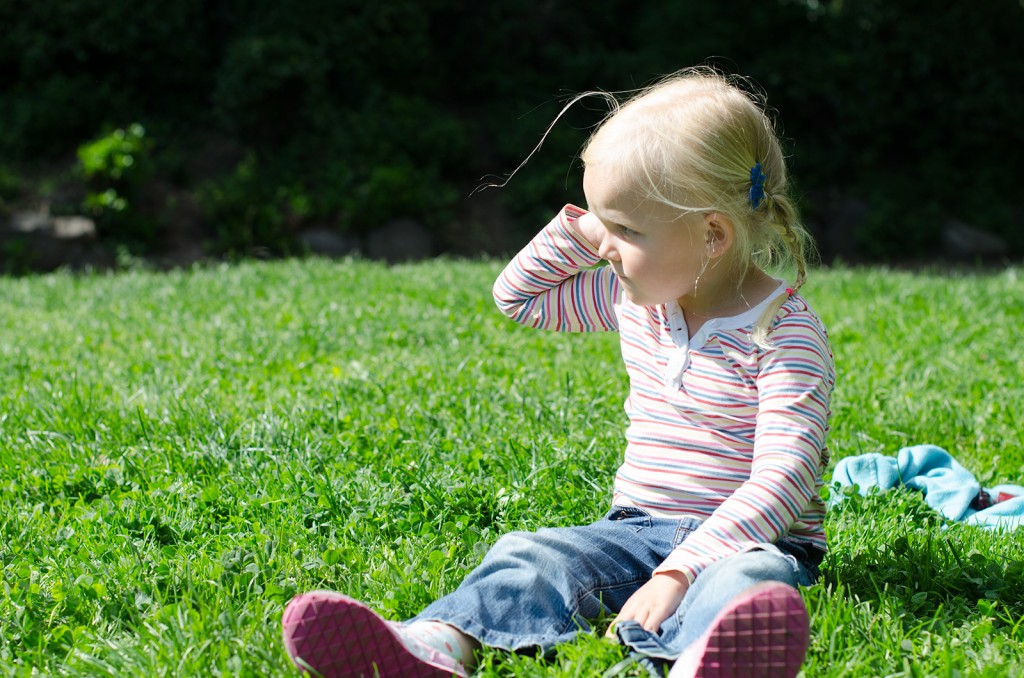