I read once that the best time to write your memoirs is in your 30s. In your fourth decade, enough stuff has happened to you to make for an interesting story, you’ve acquired the necessary perspective, and you have the time and energy to tackle the task, before many of life’s major events—kids, old age, death—take their toll.

That random bit of advice always stuck with me, not because I want to write my memoirs, but because of the way it situates ones 30s in the context of a lifetime. I’ve always imagined is as a completely calm day on an open ocean. Light winds, sunshine, a happy crew. High clouds are a sign that the weather will eventually, inevitably change, but for now, at this moment, it’s clear sailing. You recognize the calm and can enjoy it. There’s nothing to worry about.

We received some devastating news last week. My mom called to tell me she’s been diagnosed with Alzheimer’s disease. She’s 59. We sobbed with each other on the phone, our minds working over the impossible: we knew how it would end, and there was little we could do about it. She was still in Rochester, at the Mayo Clinic undergoing a battery of tests, but the panel of doctors examining her were sure of the diagnosis. A brain scan the next day confirmed it.

How could this happen? My mom, the commanding elementary school principal, the fearsome woman in with the whistle and the “recess jacket” on the playgrounds of my youth. My mom, the sarcastic youngest sister. My mom, who has endured and sacrificed so much for my sister and me.

The times during the day when I’m not fully occupied with some task, I can’t think straight. The emotion rushes up and I’m paralyzed for an instant. I’ve walked out into traffic more than once already. My mom.

My thoughts are a mixed-up mess right now, but I can say one thing for certain. Every detail suddenly seems very significant. The forgotten birthday, the distant look, the weird Christmas present. The way the radio couldn’t finish a song, as I drove north through the hills along the Mississippi River to see Mom this last weekend. The “remember me” checkboxes I see all day at work. It’s all connected.

I made hasty arrangements to fly out to Iowa for the weekend, to meet up with Maggie and Charlotte who were already there as part of a previously scheduled trip to fix up presses. I didn’t know what I was doing, I only knew that it felt right to go as soon as possible so that we could talk about Serious Things.

That said, I was so happy that I went. Mom would be the first to admit that she’s not herself, but I found that to be the exception and not the rule. She and Jim took the three of us down to the river, to a gravelly little spot right on the water that they love dearly. We ate homemade salsa made from the first wave of garden produce, and ate fried shrimp at a perfectly cozy restaurant on the river. Mom told me more than once how happy she was and how much it meant to her that we were there; I wish I could hang on to those two seconds forever. It was perfect. 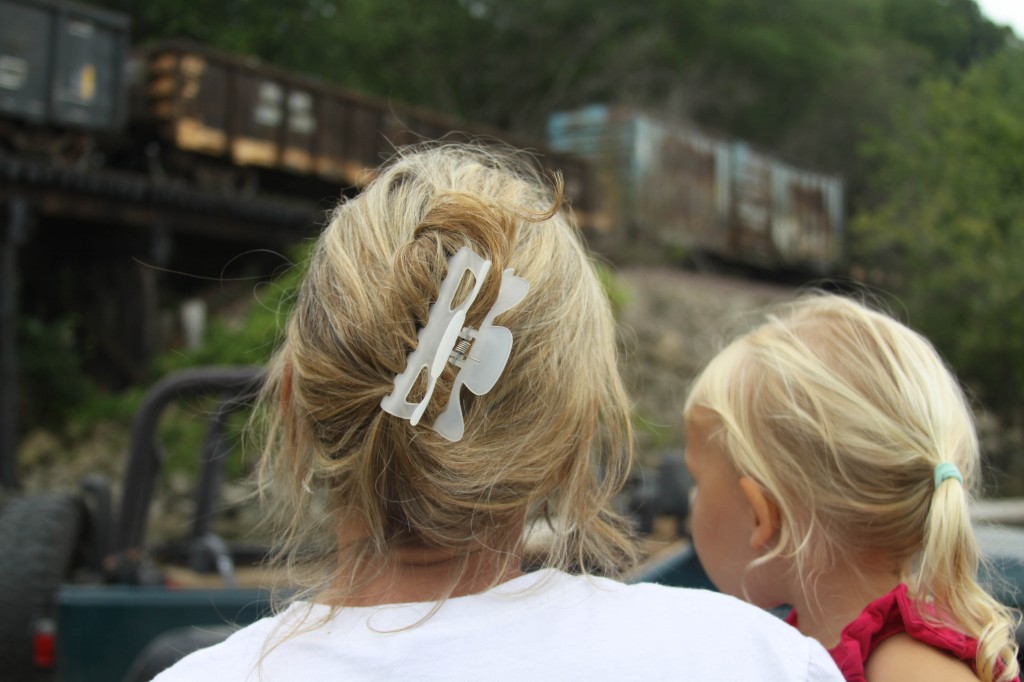 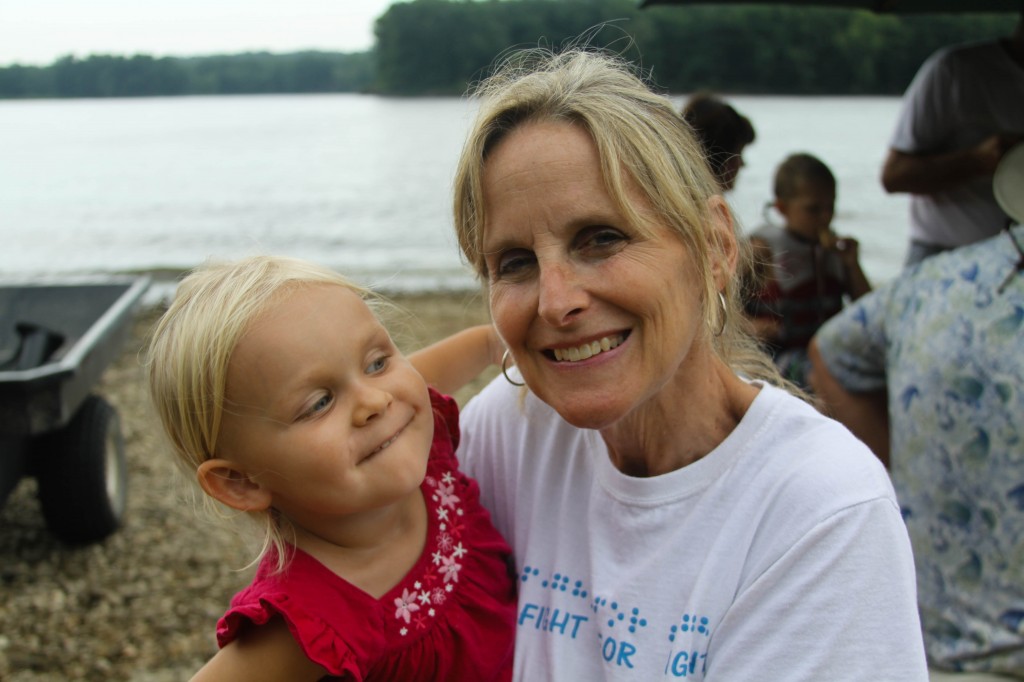 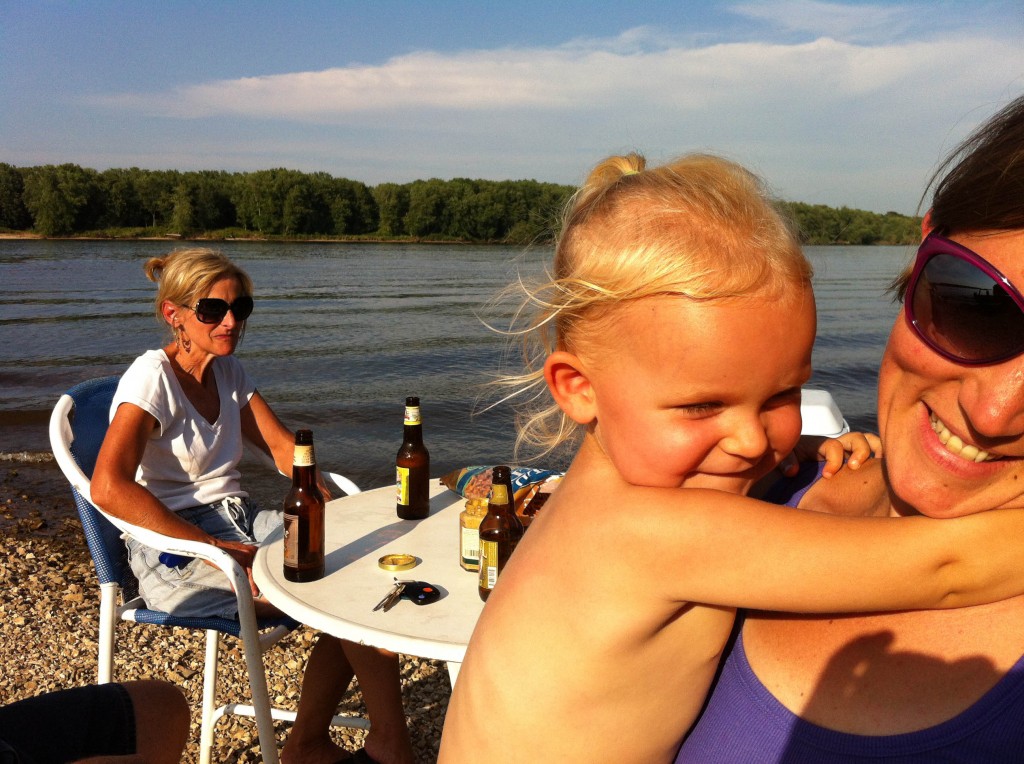 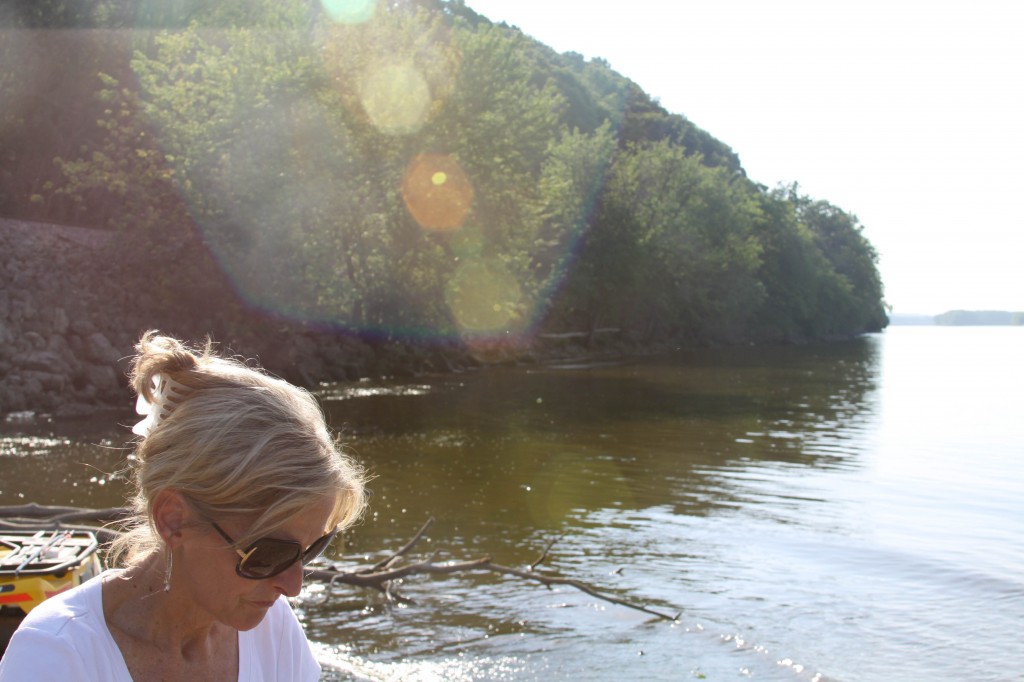 Traveling alone has a way of focusing my thoughts and amplifying my emotions. On the 90-minute drive back to the airport Sunday morning, I was particularly sad. Reports on NPR about indiscriminate, senseless death in a movie theater. Classical music that reminded me only of mortality. Discouraged about the universe, I went fishing for something else. Just junk, the same Led Zeppelin songs that were playing when I left eight years ago.

The radio fizzled in and out, but eventually delivered a string of satisfying songs from none other than 100.7 “The Fox,” the classic rock station my parents listened to ad nauseum when I was a kid. It being Sunday morning when everyone was at church, they were playing a pre-recorded, syndicated show, something that promised “deep cuts,” music off the beaten path, or something to that effect. I tuned in right as the last few bars of Paul Simon’s “Mother and Child Reunion” faded away. For the 100th time this weekend, I felt totally robbed.

But it got better. A Tom Waits demo of “Ol’ 55.” Joe Cocker’s “Woman to Woman” one of those songs everyone knows but probably has never heard (I hadn’t—the guitar riff is the unmistakable sample used by Tupac on “California Love”). Then Marvin Gaye and Karla Bonoff and suddenly I was at the airport and I’d heard all of those songs in their entirety and… I can’t tell you how good it was to finish the songs I’d started.

I don’t know what I’m going to do. All the trite sayings around caring for the terminally ill—quality of life, taking it one day at a time—suddenly resonate. There are few worse feelings than to reach for meaning and only be able to grasp one of these pixie sticks.

I guess I’ll write about it, with mom’s permission. Maybe here, maybe somewhere else, I don’t know. Right now, the writing seems like all I’ve got, at least in these first strange and mournful days. 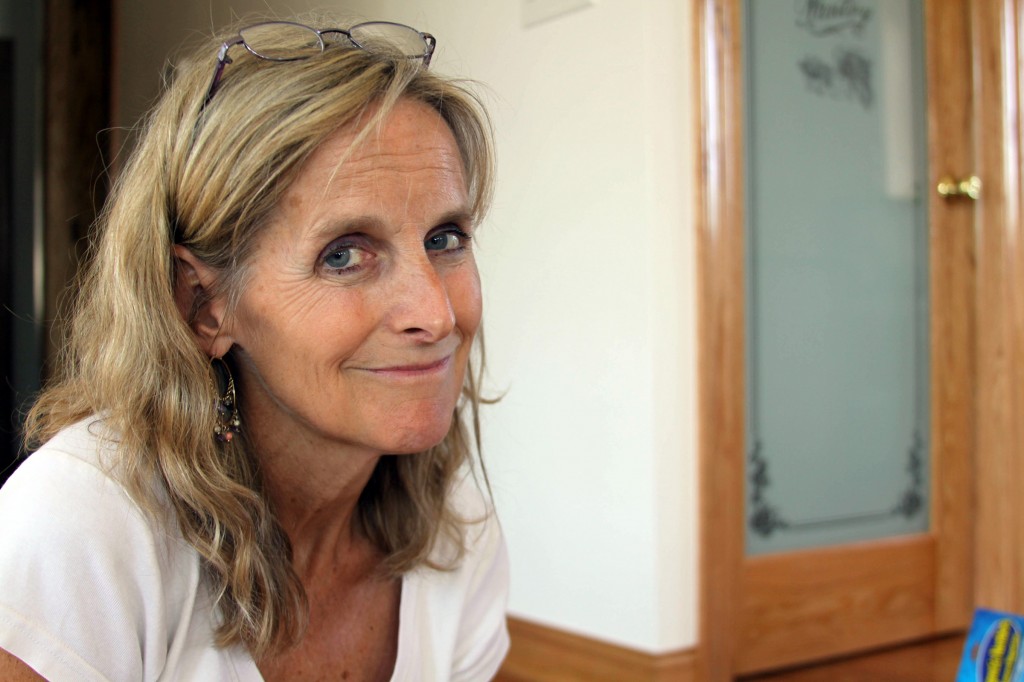