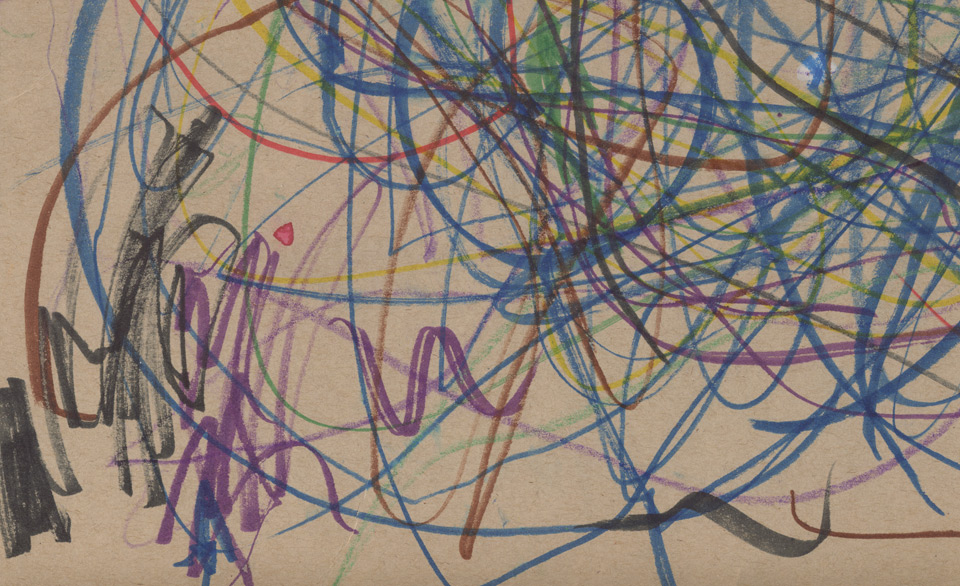 In high school, I took AP Calculus and actually did OK. (My colleagues from the ITS No Help Desk are well aware of my mathematical prowess.) In college, emboldened by my early success, I attempted to major in math but soon hit a wall. I chose not to fight natural limits and instead moved toward more profitable degrees in the humanities. While I can’t integrate functions any more, a few of calculus’s fundamental principles still rise to the surface from time to time. 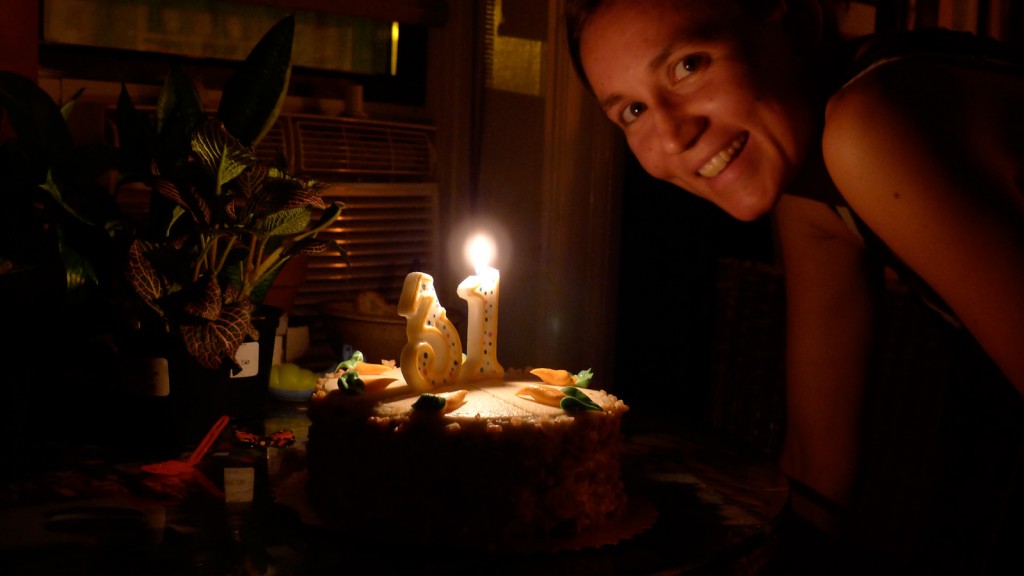 An interesting thing about rates of change is that they sometimes hide from sight. Think about the relationship between daylight and temperature. In September in the Northern Hemisphere, we are losing daylight at an incredible rate. Yesterday, we lost 2 minutes and 37 seconds of sunlight. Tomorrow we’ll lose 2 minutes and 38 seconds, and so on until the autumnal equinox. After that, we still lose light, but at a declining rate until December 22. You might have noticed that despite the fact that the longest day of the year is in June, July and August are the hottest months. The weather takes months to catch up with the sun. This is just how it works, year after year, forever: the weather chases the sun. 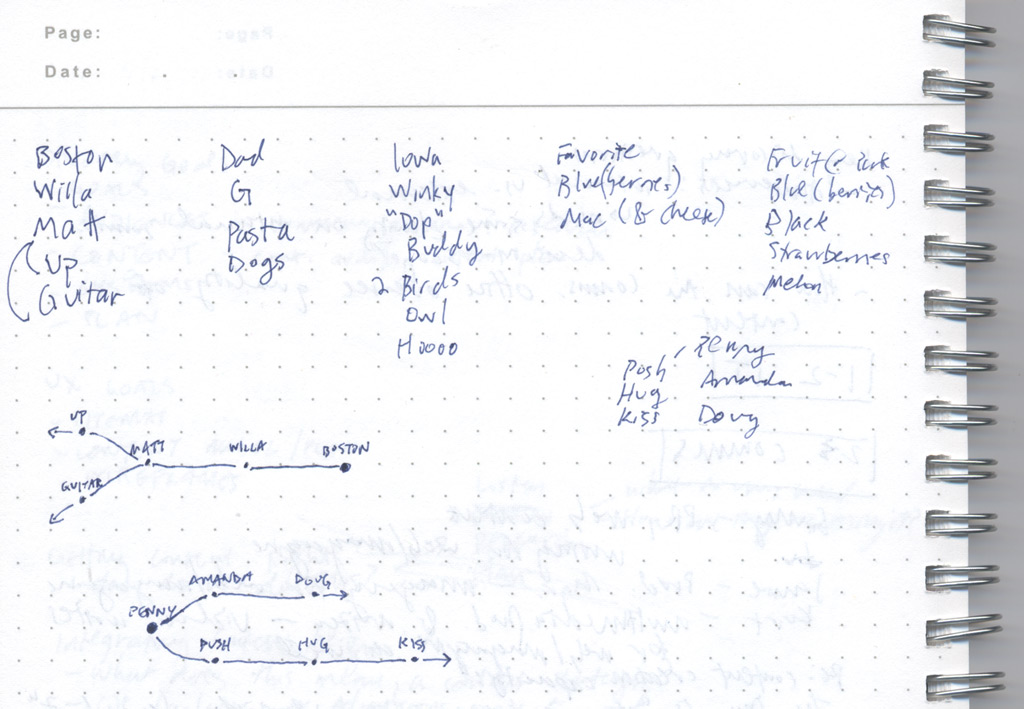 At the beginning of the summer, I had an idea for a page to commemorate Charlotte’s newfound language abilities. It was to be called “Trains of Thought,” and it was going to be a subway map. At the time, Charlotte only spoke in a halting, linear sort of way. If you prompted her with a word she knew, she would rattle off several words after that, sort of a proto-story. They were always the same words, always in the same order, with at most a couple of different tracks to take. Each stop on Trains of Thought would be a word, each colored line would represent a different train.

This sketch is as far as I got with it, in part because her facility with language improved so quickly. Once she started making transfers between the stations, the metaphor broke down and the world opened up. Now, at the end of summer, she has books memorized, narrates everything, barks out commands, and has a vocabulary of 100,000 words. That’s an estimate—I figure anyone who refers to arugula as “Obama lettuce” must know 99,999 other words.

It’s always been this way with Charlotte. There’s constant, incredible progress. But every once in awhile we catch her in a rare moment of downtime, when her body makes her stop to focus on the next big leap. Extra sleep is usually the sign. “She’s working on something,” Maggie and I will say to each other, as we peek in on a 3 hour nap, or marvel at a rare 7 pm bedtime. She’s always working on something, but the biggest leaps take extra focus and attention. 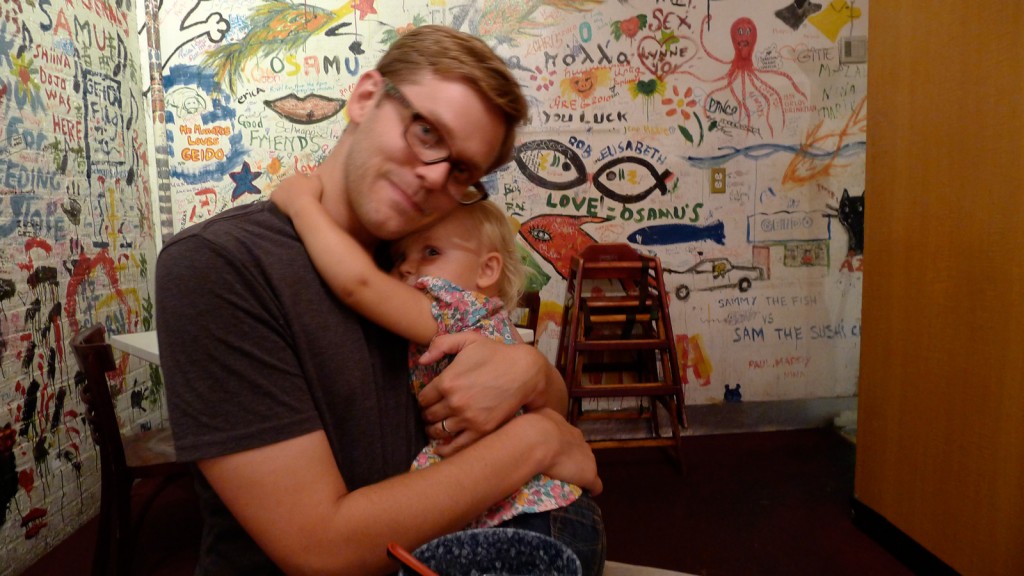 Something I’ve come to believe is that you should always, always be working on something. Not to be too morbid (just morbid enough will do), but if we lived forever, we wouldn’t feel such urgency to work on something. We won’t last, so we put everything into our work and hope that it might. 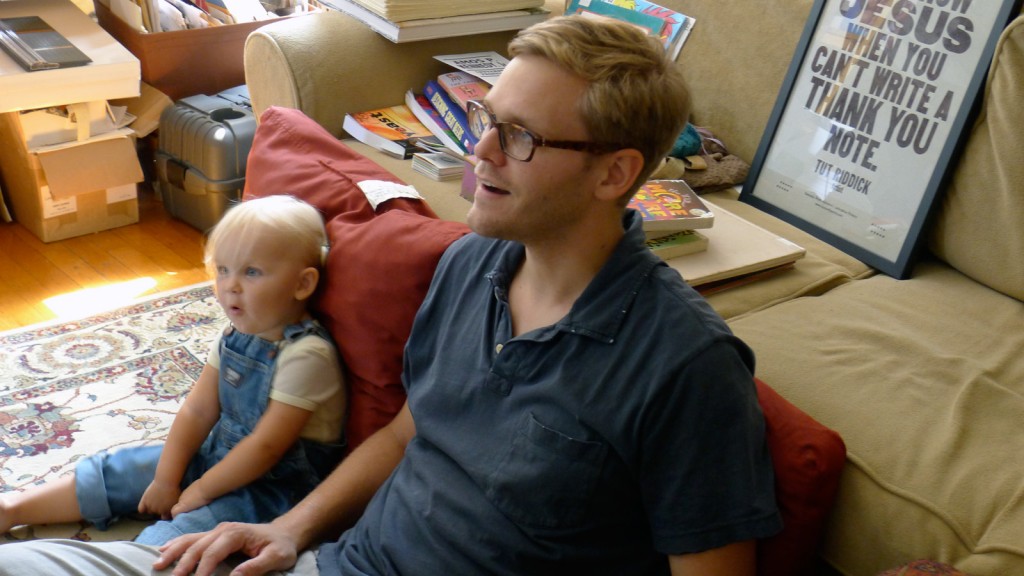 The first Iowa football game of 2011

We’ve been working on a lot lately, this blog is just one example. But the idea that change doesn’t immediately result in an effect you can feel is a bit of a defining theme this year. Anyone who has considered a big decision for a very long time can attest to the fact that there’s lots of mental change that has to happen before anything starts to move.

While we’ve been thinking about what to work on next, lots hasn’t changed. We still live in the same apartment. Maggie still works furiously with paper and ink and I still push pixels around. Charlotte goes to bed around 9 and gets up around 8. The Botanic Garden, Chavella’s, and Washington Commons on the weekends. The claustrophobia of running the AC through the Labor Day weekend to drown out the noise. It’s easy to get discouraged by how much hasn’t changed, when change is all you’ve been thinking about.

But chin up. Remember calculus. Things change, just not always in obvious ways. Thinking and writing for 15 weekends this summer has made this much clear.

The more things stay the same, the more they change. 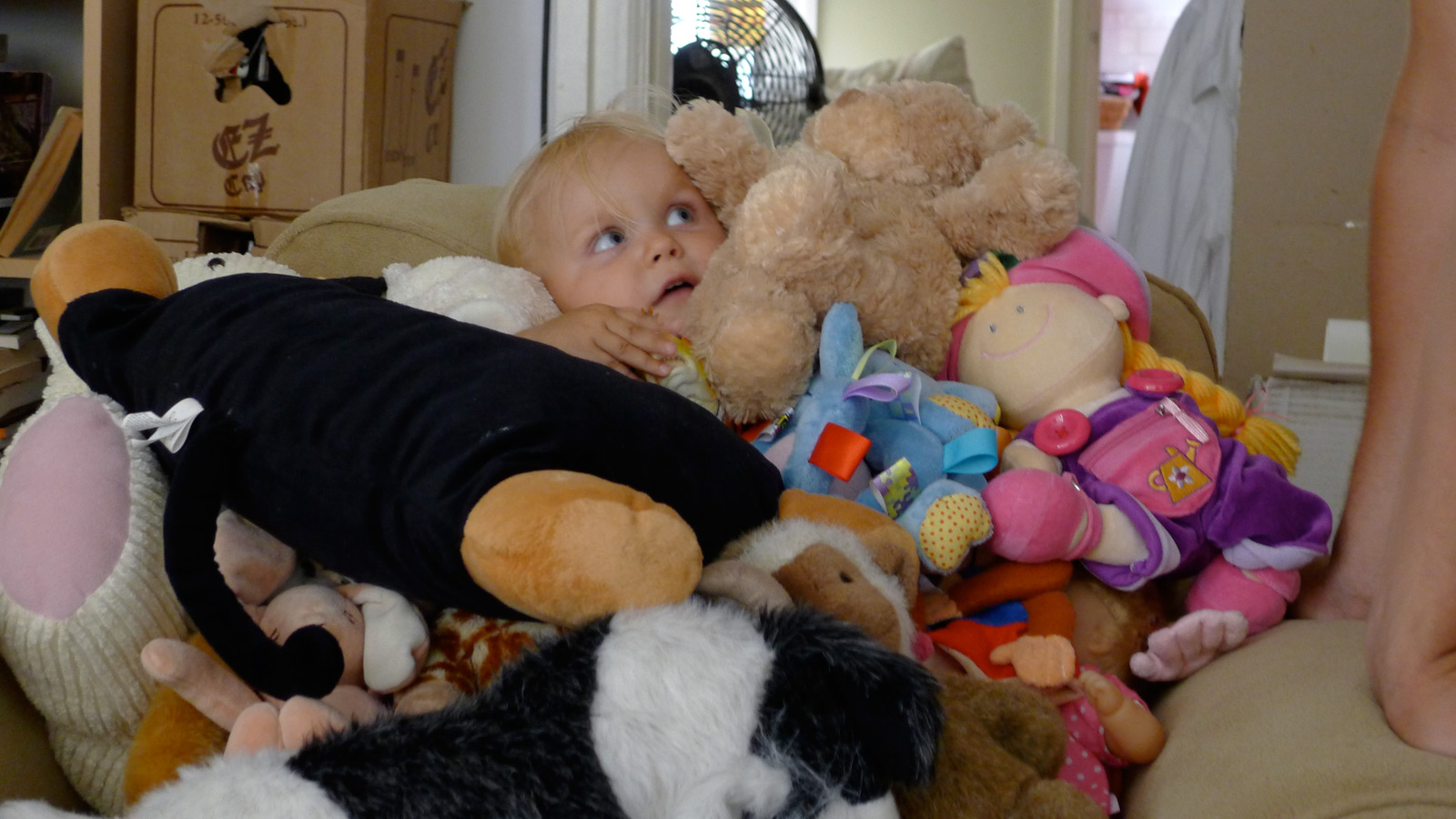 4 Responses to Rates of Change