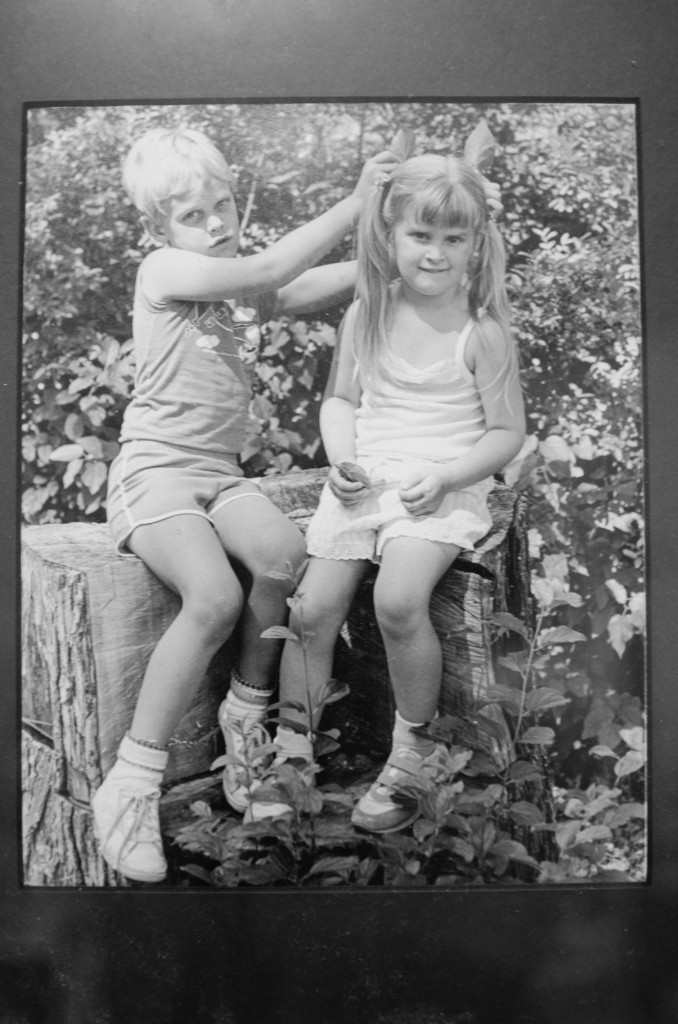 Kate came to visit last week. It was a blast to have her around but also an unexpected reminder of how quickly memory fades between visits.

This was Kate’s first visit in 3½ years, and a couple of things have changed: we had a kid and filled our apartment. Last time, she was able to crash on our couch for a week without too much discomfort. That option simply isn’t available now. Literally half our couch is covered in a permafrost-like layer of stuff that melts and refreezes with the seasons but never disappears. Luckily, a friend-of-a-friend needed a cat sitter for a week and Kate’s not allergic, so we all got to live comfortably. This is no small thing in the urban core in the middle of August.

Visitors have a way of focusing attention on just how little flexibility we allow ourselves in our schedules. Between playing tour guide, dinners out, and the usual demands Charlotte puts on us before bed every night (which often require the attention of two grown-ass adults), we fall behind pretty quickly on our personal and professional obligations. This generally leads to us feeling that we’re not being very good hosts, since our minds are elsewhere. If we could space things out better, or not take on as much, or not put as much artificial pressure on ourselves, I wouldn’t be writing this paragraph. We love having visitors but we plan poorly for them.

To be clear, it was really great to have Kate here. We went out for beers in the middle of the week and talked candidly about mom and dad and the directions our lives were headed. I miss her a lot and was reminded that I live a long, long way from family.

One strange thing happened though: I realized I had basically no memory of her last visit to Brooklyn. I could tell you about the pictures that we took when she was here—I can easily call to mind the picture of us on the Brooklyn Promenade, because I see it all the time when I’m flipping through iPhoto. But I don’t really remember being on the Promenade with her. We passed place after place this week that Kate mentioned going to the last time she visited, but few of them triggered a clear memory.

The most likely explanation is that my brain has been jumbled and rewired by the deluge of new memories afforded by parenthood. But, I also believe that some small part of this has to do with how easy it is to take a picture. We’re willing to let our technology remember phone numbers and addresses and we feel safe forgetting those. Is it such a stretch to think that it could work that way with photos? That it’s so easy to snap a picture that our brains relax a bit and think “the phone’s got this one”? Maybe it’s too easy to take a picture these days, an upheaval of one of Pee Wee’s fundamental laws: take a picture, it won’t last longer. 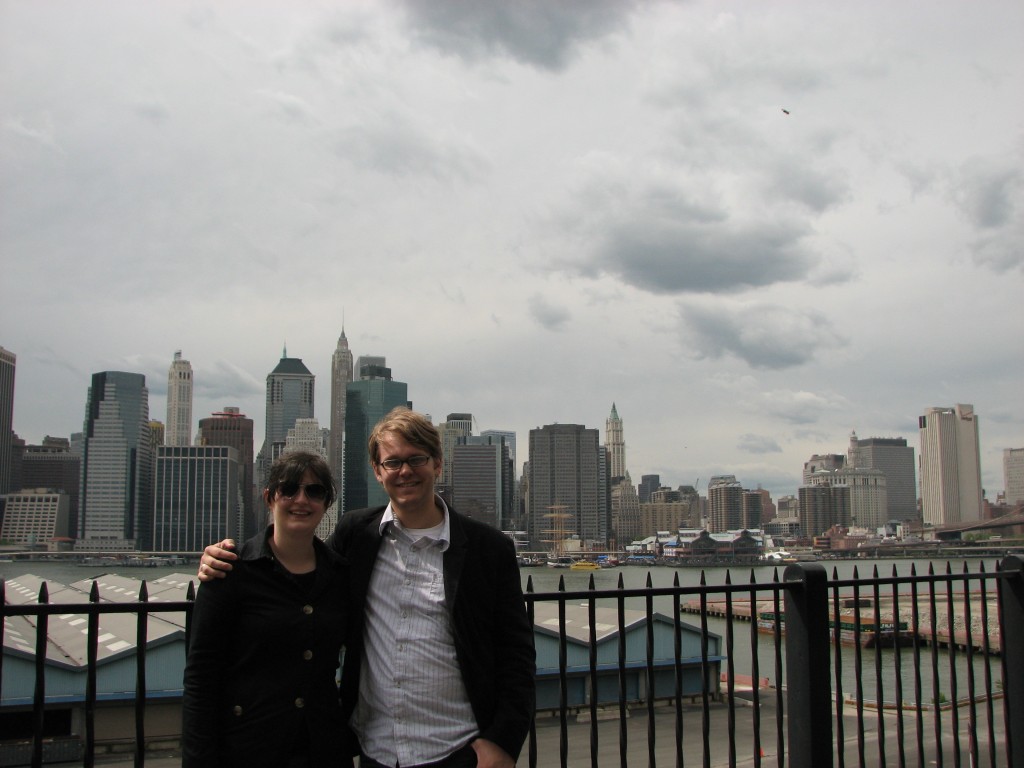 At the Brooklyn Promenade, 2008 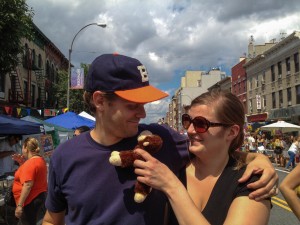 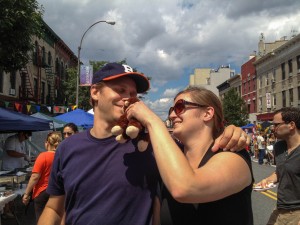 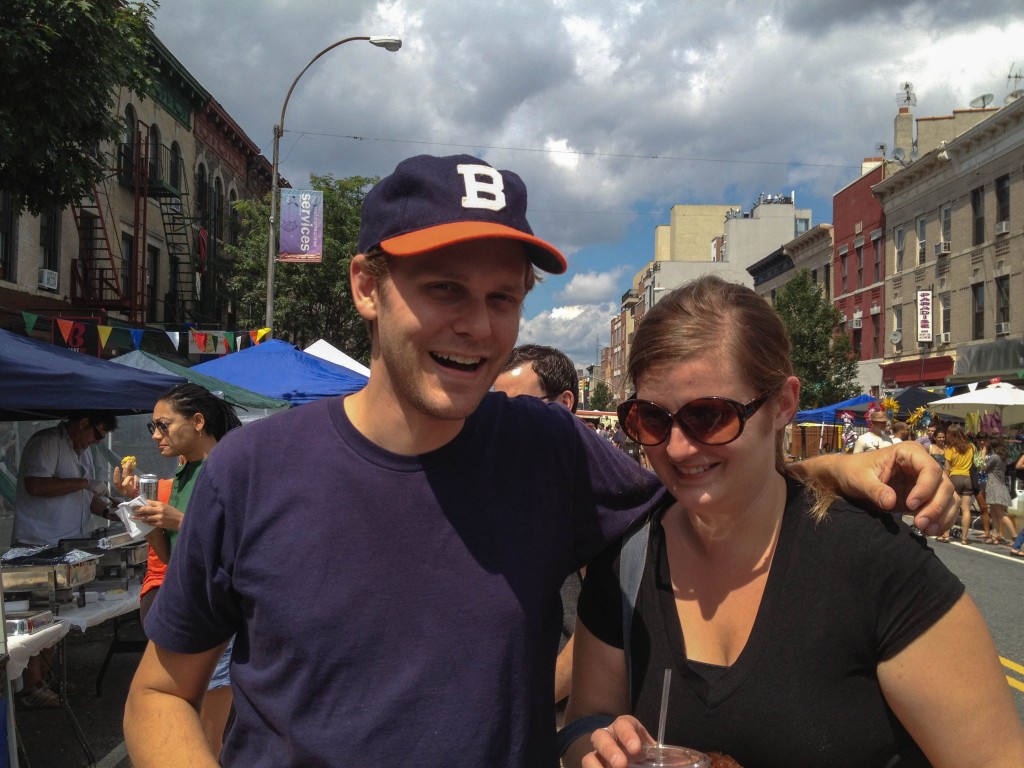 “Conserved specimens do not tell the whole story about living nature.” —Ocean Flowers

In my grief over mom’s diagnosis, I had an idea for an oral history project. It would be a project that captured something essential about the people I spoke with, with mom being the first subject.

I wanted the final output from this to last for a very long time. So, with an addled thought process, I started casting around for basically the best camera money could buy. At one point, I had a $4000 camera in my cart. Thankfully, that impulse passed. Eventually it dawned on me that the key to a project like this is to focus more on the art than the technology.

Capture something true and the medium fades away. This explains why I go back to those simple audio recordings of Charlotte over and over again. The technology was crude, but what I recorded triggers deep and meaningful memories of Charlotte’s first words. I settled on a much more modest camera, with a lens that opens wide and pulls in lots of light. I got a good microphone and loaded the camera with lots of storage.

While the camera is ready,1 I’m not. I’m still thinking a lot about the kinds of conversations I want to have with mom. I want the tone to be fun and natural and not weird and elegiac. But mostly I’ve been thinking about how I want to remember all of this. Not just record it, but remember it. After all, what’s the point of a photo if you can’t remember taking it?