No other fest—not Oktoberfest, certainly not the St. Jude’s Sweet Corn Fest—conjures such mortal fear in the homarine heart. Now that I’m an adult, I’m aware of a number of distinct Lobsterfests but it wasn’t always this way. For most of my life, there was only one to know, the one thrown annually in the nation’s heartland by Red Lobster. We never went (cheap lobster was still too rich for us, I guess) but I remember the commercials vividly: lobster claws cracking open with a spray of water (or was that lemon?), steam issuing from buttery tails as nuclear families devoured the succulent flesh.

That scene wasn’t far from what went down near the Gowanus on Saturday. Although I’d like to think our lobsters died with a bit more dignity than those prepared by Darden Concepts, Inc. 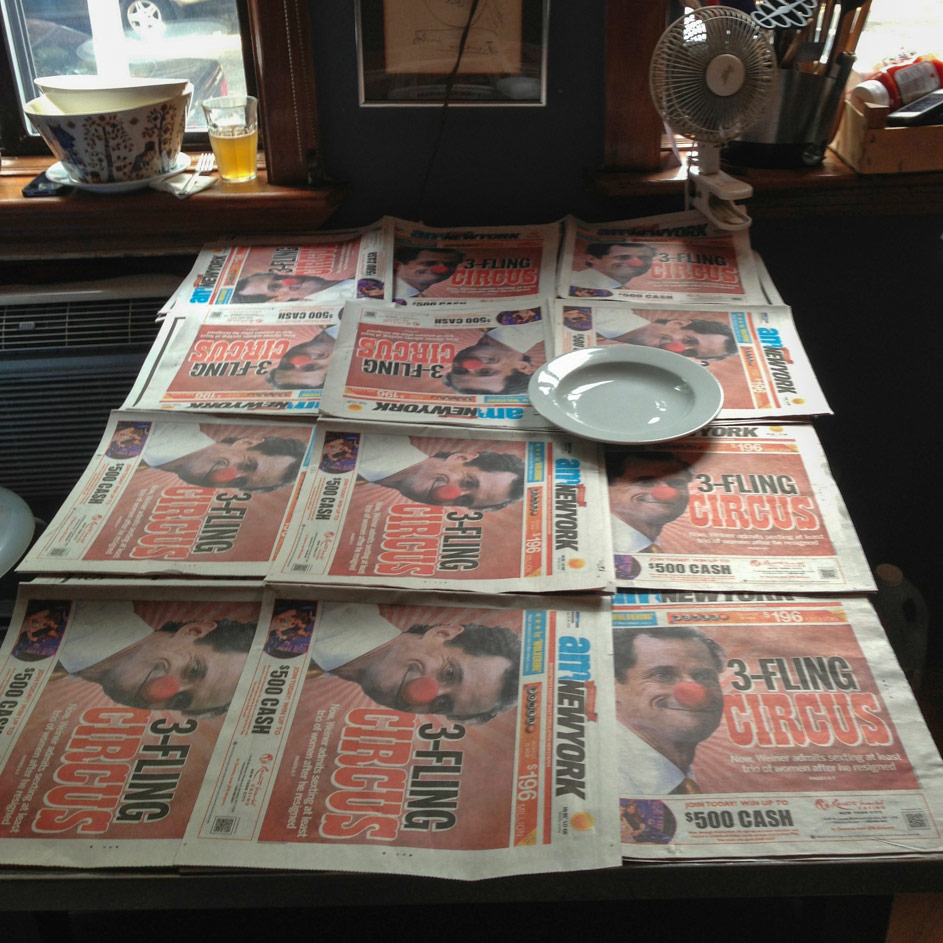 1 You can read the whole thing on Gourmet’s website, it’s worth the time.

I know this, or at least I think I know this, because I revisited David Foster Wallace’s essay “Consider the Lobster.”1 I’m glad I re-read it because the point of the essay was clearly lost on me the first time around. Without spoiling it, I’ll just say that the title is more of an exhortation—consider the lobster!—than an invitation to learn some trivia about a strange sea creature.

I’m in awe of how well-written the essay is as he moves effortlessly from a quirky lobsterfest on the Maine coast to deep and thorny moral considerations. Reading it, I had the feeling of figure drawing, sensing the skeleton with the pencil. The essay has good bones. 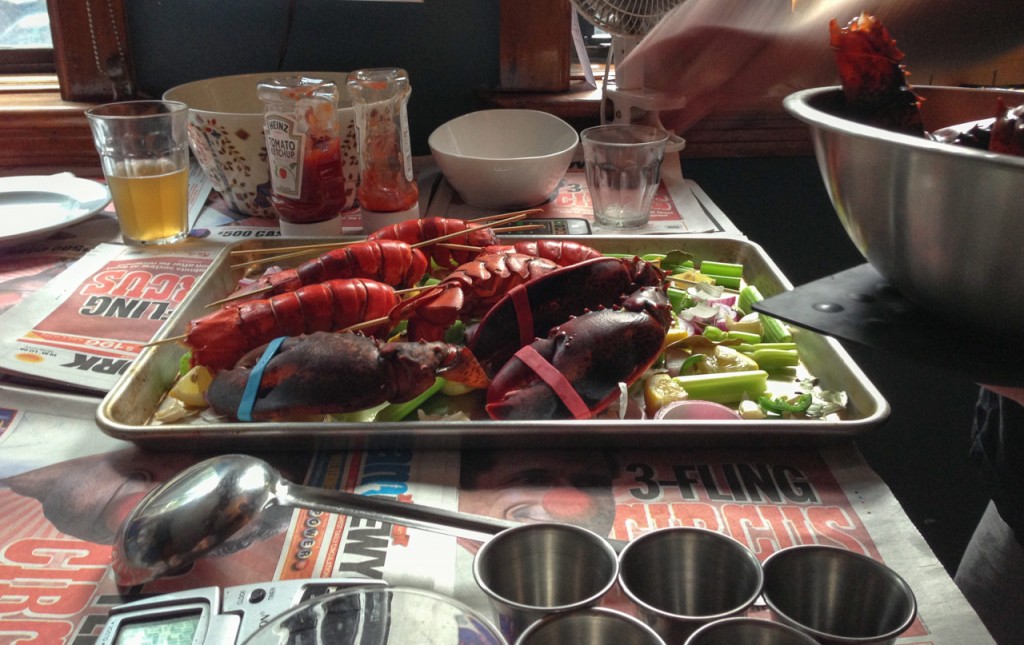 Lobster do not have good bones, of course, as they have collectively and naturally selected an exoskeleton. Charlotte and I watched JP fight his way through this armor while preparing our dinner.

Each lobster met the same fate: JP would grab one out of the cooler and wrestle/massage the lobster into place on the cutting board. Then, he ended it swiftly, with a skillfully placed knife blade. 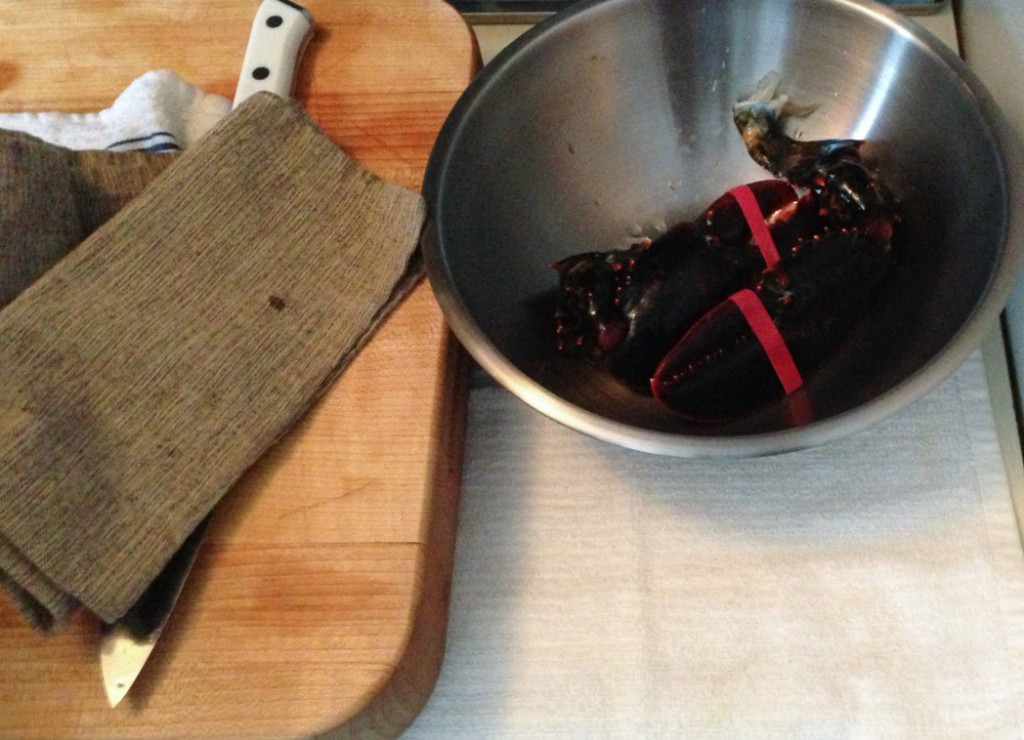 This is what Wallace calls “the intimacy of the whole thing” and Charlotte witnessed it all from my lap. At first, I tried to focus her attention elsewhere. JP gamely tried to position himself so she wouldn’t see what was happening, but his hands were literally full and, anyway, you can’t distract a curious kid for long. So, she watched the lobsters go. JP broke the lobsters down before cooking them: she saw claws and heads get removed, tails detached with feet still wiggling. She was quiet about the whole thing but not any particular kind of quiet—just watching. It was definitely intimate. 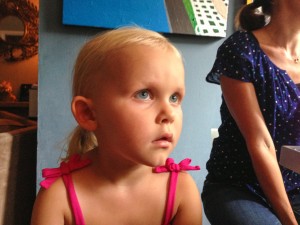 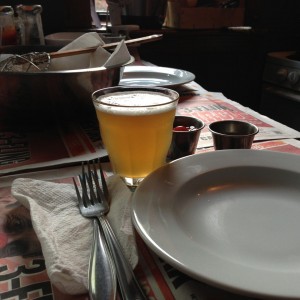 I prepared myself for her questions but they never came. Why not? She knows that sometimes we eat animals for food (“this is cow,” she’ll say when stealing a bite of Maggie’s essential, iron-providing hamburger). But perhaps she doesn’t know that the death of the animal is a necessary part of eating it? She knows about death, at least in a basic way. She sees all the dots but I’m not sure she’s connected them yet.

It reminded me that there’s a gulf between consideration and articulation, sometimes a huge one. It doesn’t take more than a minute to consider something, but it can take a long time—years, or a lifetime even—to actually make sense of it and say something. Knowing Charlotte, the questions about the lobster will probably bubble up soon, perhaps back in Iowa later this month when we take GG out for lunch at Red Lobster. 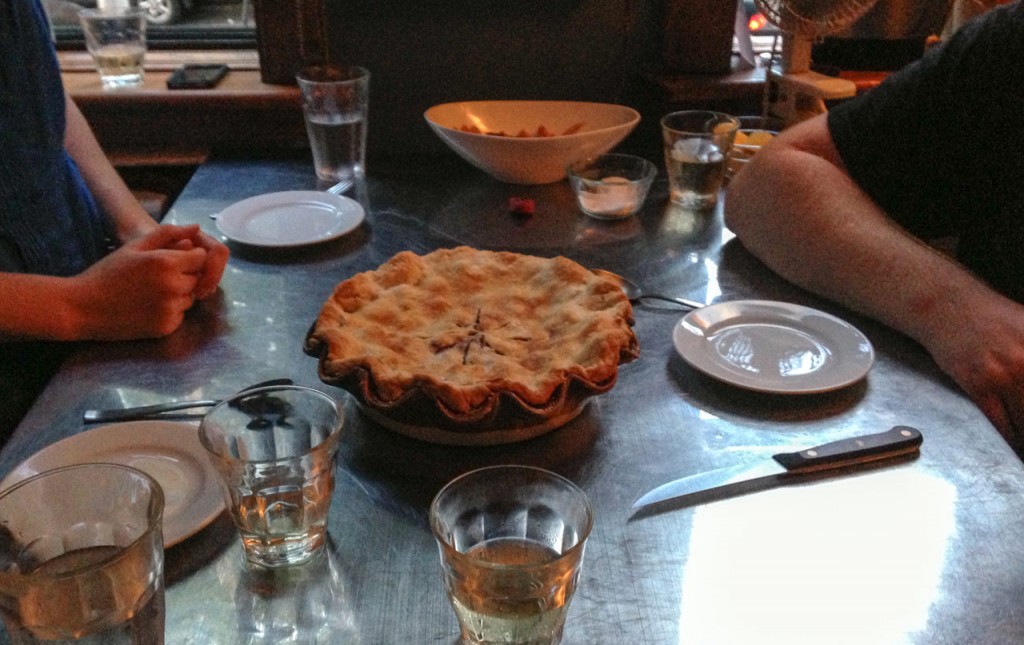