Wednesday morning we packed our rented Chevy Cruze and wound our way south through Staten Island toward Asheville, NC. Our plan was to get to Charlottesville on the first day, a nearly perfect halfway point. Our friends Peter and Stephanie were gracious enough to put us up for the night and let us crash the host’s birthday party. 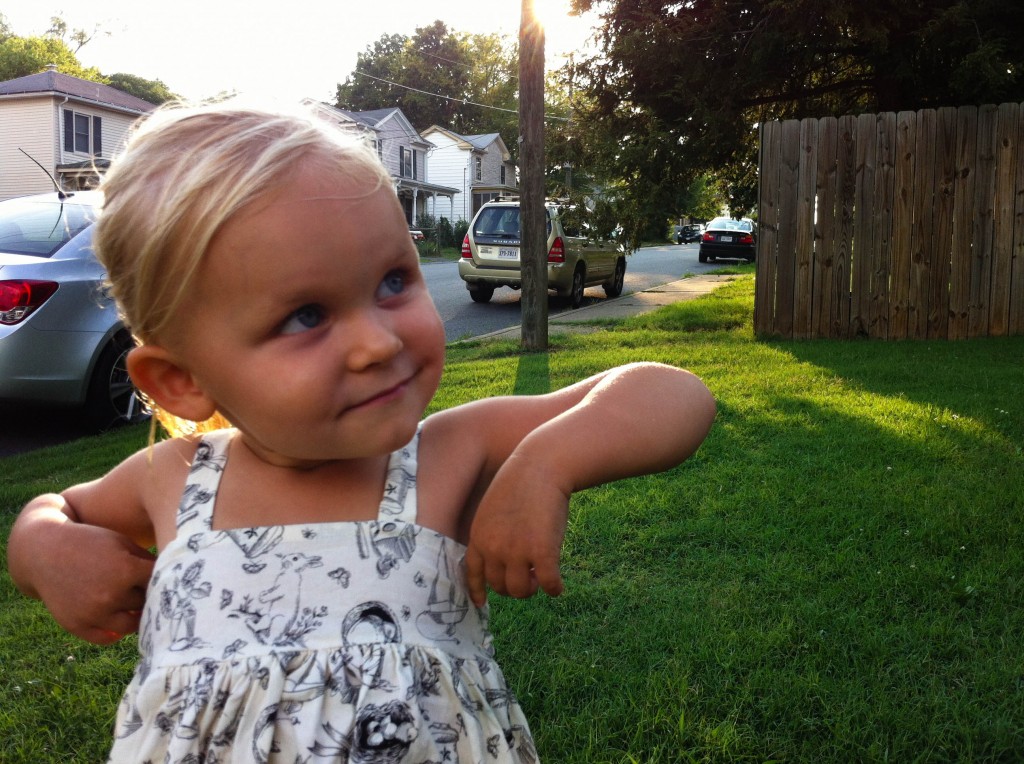 We didn’t spend a ton of time in Charlottesville, but it was enough to get us to come through again if we’re ever in the region. We quickly toured campus with Peter before leaving Thursday morning. I can’t speak to the historic authenticity, but Thomas Jefferson’s “academical village” is a bit of a time machine. The architecture of the Rotunda and grounds was obviously considered and symbolic, as a large lawn is flanked by barracks built to house academics. Minus the two receptionists watching movies on separate MacBooks, it felt completely out of time; Thomas Jefferson himself could have popped out from behind a column and it wouldn’t have been so surprising in that context. 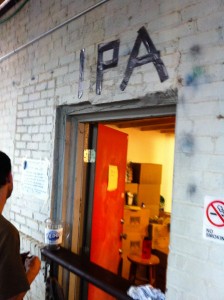 Perhaps only Portland enjoys more cachet with the young and the hipster restless than Asheville. It’s well deserved. Asheville is beautiful, nestled snugly in the Blue Ridge Mountains. Everyone’s polite in a very Southern way; they don’t block the box, they stop to exclaim about your cute kid, they provide extensive and expressive feedback about your homebrew.

Asheville’s populace is rightfully proud of its food and drink options and it’s a topic of frequent discussion. Who makes the best IPA is as easy a conversation as the best pizza in NYC (it’s The Wedge, and it’s not even close). On Saturday we beat the lunch rush at 12 Bones, which qualified us talk to nod knowingly about local BBQ. Even the kids get some culinary consideration: breastfeeding and co-sleeping strategies were the topics of conversation at the splash pad downtown on Friday. It’s the most Brooklyn you can experience this side of Prospect Park. 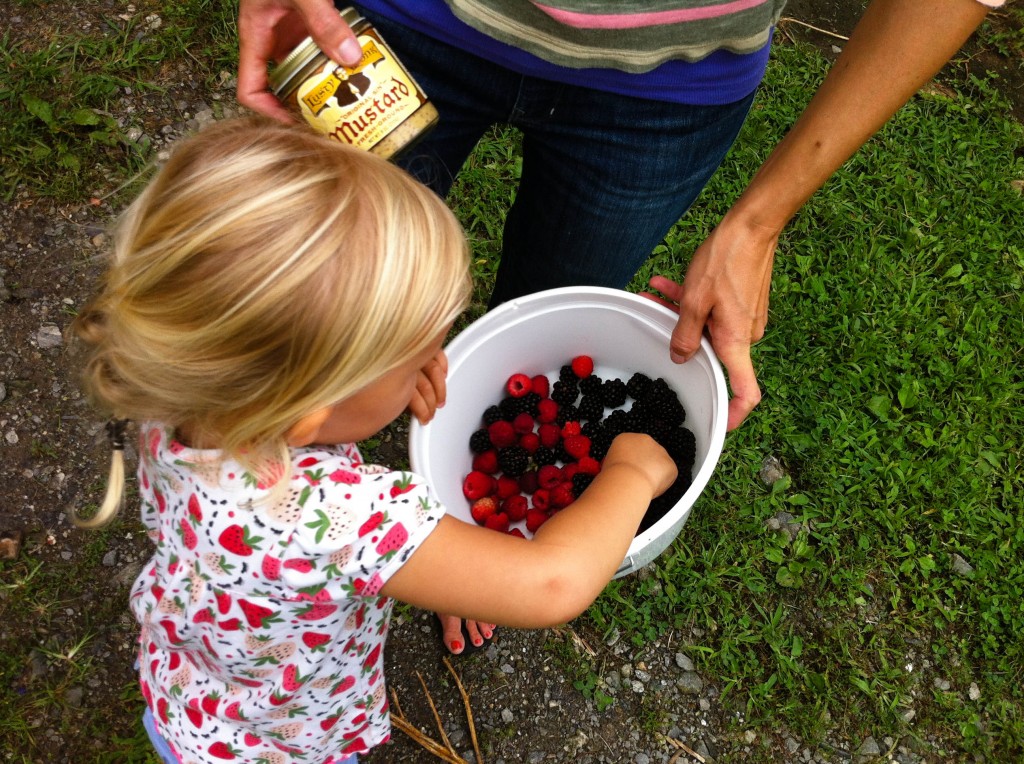 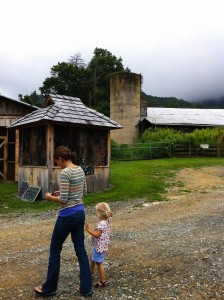 Overall, Asheville felt like a completed experiment, as if someone were actually able to follow through on some drunken liberal foodie vision of what life could be like in one’s 30s. Nothing felt out of place. There was one of everything useful and entertaining. The only construction I saw was around the small park downtown that hosts weekly community drum circles. 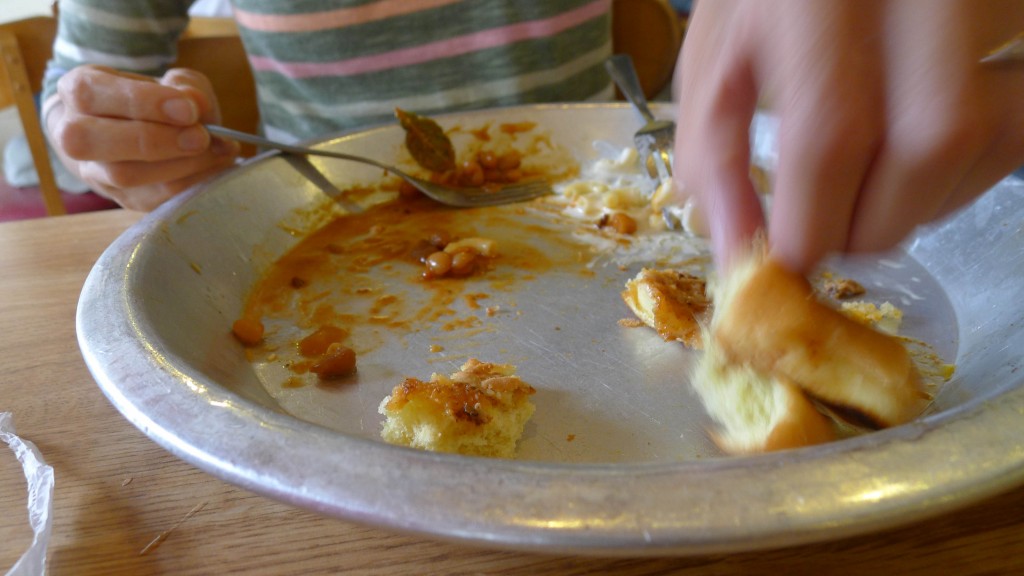 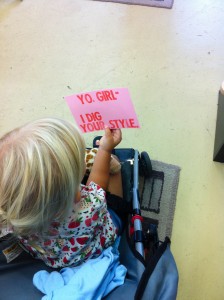 One odd thing, the city is surprisingly dependent on highways and cars to get around. I didn’t see any public transportation to speak of while we were there. While downtown proper is eminently walkable, it didn’t seem like a place people lived. Luxury condos, gyms, little grocery stores… many of the for-better-or-worse trappings of the modern urban life weren’t there (or I didn’t see them). Asheville actually has a number of distinct neighborhoods, but you have to drive to each of them. It seemed totally at odds with how I would expect urban growth to occur, but perhaps Asheville avoided many of the mistakes that have challenged the downtown growth of cities of similar size—*cough* Old Capitol Mall *cough*—and just grew differently.

“You want to stay at the hotel.” This is what you say when you’re 2, and have just experienced a fully stocked breakfast corner, complete with waffle iron, and a swimming pool, all before before 9am, and are now being asked to get in the car to drive back to Brooklyn. It was a mere Hampton Inn, but it’s hard to argue with Charlotte’s logic.

Put aside all the adult worries about a hotel in the middle of nowhere: the skepticism about the cleanliness of the carpet, the HFCS content of the free breakfast, not to mention the carbon footprint required to manufacture and deliver 100s of styrofoam plates and cups on which to serve free breakfast… where was I? Right, so if you ignore all that and think of Steve Martin on the roller coaster and look at it like a 2 year old for a minute: THE HAGERSTOWN MARYLAND HAMPTON INN IS AWESOME. WHY WOULD YOU EVER LEAVE. 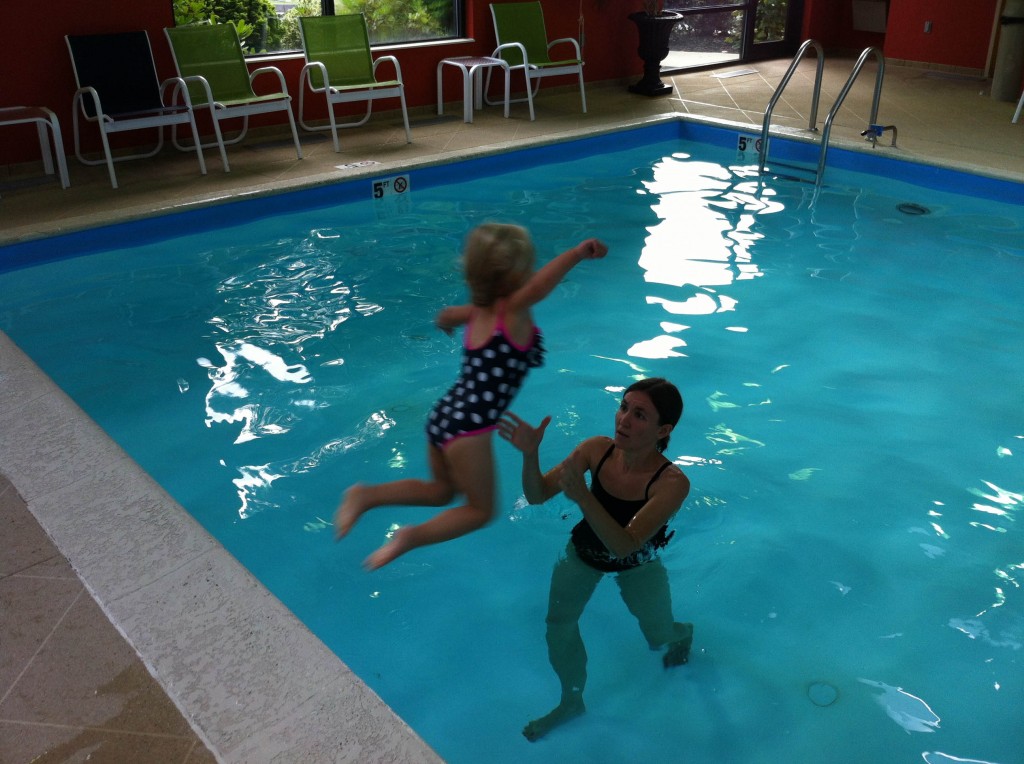 Swimming Pool at the I-81 Hampton Inn, Hagerstown, MD

Finally, a word about the Chevy Cruze.

“Imagine a car.” That was our friend Thom’s apt description when asked to describe the Chevy Cruze. In a fit of uncharacteristically short-sighted planning, we somehow both thought Asheville was half the distance from NYC that it actually is. It’s about 13 hours one way. We’ve had a lot on our minds. Anyway, we rented a car. As a result, the Cruze was just as much a destination as any of these other stops.

I thought I was splurging for a bit of comfort by going for the “mid-size” option. I was not. In Hertz’s worldview there are somehow two classes of car smaller than the Cruze. Size notwithstanding, the design of the Cruze is a comforting reminder that the American auto industry is just as unimaginative as it’s ever been: a silver box of plastic, molded into a boxy form that might have turned heads in 1979. Born to be rented; an utterly disposable car.

This homely, poky, slightly boozy smelling rental was ours though. We wasted no time in making it so: Charlotte finished her first juice box before we even got on a highway. Crumbs were everywhere. I used the bafflingly spacious trunk to transport a case of homebrew to North Carolina and came back with just as many rare and regional southern beers to savor in Brooklyn.

And, of course, there was the radio. Thanks to XM Radio, we were able to enjoy the entirety of Yello’s “Oh Yeah,” a stirring, deeply moving song that evokes poignant feelings. It was a special moment of family bonding during a long car trip.