Taking things for granted is what people do. It’s wired into us at a very deep level. The phrase has a negative connotation, but taking things for granted is really just one way to accept things as they are and free up your brain to think about other stuff. I take the litter in my neighborhood for granted, which is not to say I’ll miss it if it ever leaves (I won’t and it won’t). But now I ignore it like everyone else. To not do so would be to seethe with rage at my surroundings and my neighbors, causing me to move to LA or Westchester. And I’ve met my neighbors, they’re OK people.

Anyway, I live an incredibly fortunate life, by any account. Strangely, it’s only when I’m down in the smelly trash room in our building confronting the detritus of this fortunate life that I really appreciate it. There I was on Sunday, dutifully separating the yogurt containers and the 750 mL Belgian beer bottles from the scraps of 220 lb. Crane’s Lettra and it hit me again. We’re three incredibly, insanely lucky people, and I am taking it for granted. 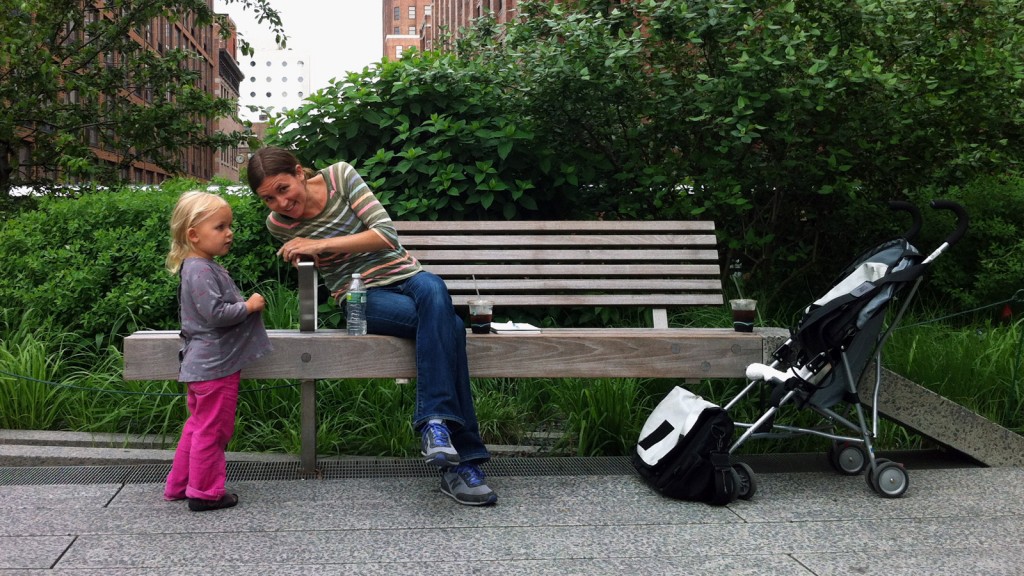 Before I took out the trash, we went to the Met just because we could. I hadn’t been there in over a year. In that year, Maggie and Charlotte have gone enough to justify a family membership. If you’re not a member, the Met is daunting. 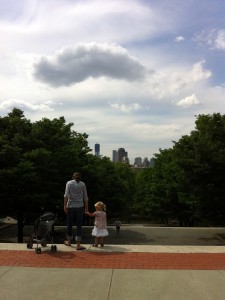 Once there, it was art by attention span. I’d enter room after room of mankind’s greatest achievements and find myself scanning the goddamn room… Anything familiar? Anything weird? No? Move on, Washington’s crossing the Delaware over there. It was icy strategy, the essence of a military campaign, with a map and everything. The result was an oddly dissatisfying museum experience, what I imagine to be the arts equivalent of taking pictures from the top of a tour bus. You were there and you saw something amazing, but you didn’t connect with it and good luck remembering it. I didn’t know any better.

So let me say unequivocally that there is no better way to experience a museum than to be a member. See what you want, it’ll be here tomorrow. Leave after an hour because you’re hungry, it doesn’t matter. It’s worth the price, just get the membership.

Sunday, we strolled through the museum, our only agenda to see something new. I saw the Islamic Art wing for the first time and it’s beautiful. Cool and contemplative, the rooms were dimly lit; the brilliant colors and geometric patterns beckoned us to come closer. The faint smell of cedar, which apparently has a half-life of a million years, contributed an air of authenticity. Without the freedom afforded by a membership, these rooms would have registered as a colorful hallway at best.

We visited the new American Wing, too. There were some really thoughtful juxtapositions in certain spots, particularly in the room where Washington crosses the Delaware, surrounded by American landscapes. Madame X finally has a home—I’d only seen her in visible storage before. Charlotte had dozed off by the time we got to her, so I still haven’t seen her do her Madame X impression, though I hear it’s amazing. I’m not lying, my daughter impersonates John Singer Sargent paintings. 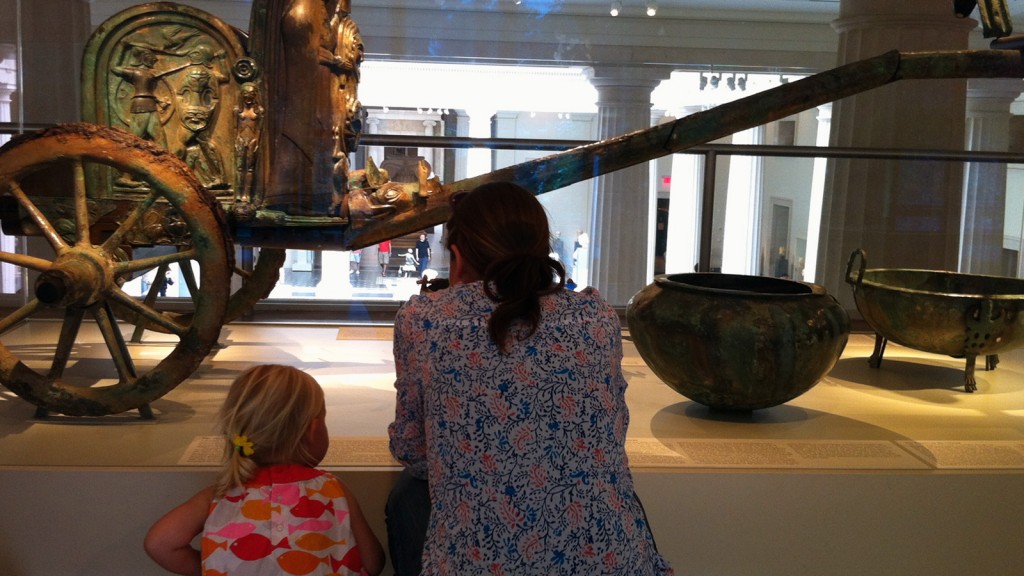 Lately, I’ve had a recurring thought: what if life will never be better than it is right now? It sounds cripplingly depressing—perhaps it will be in time—but at the moment I can’t help but feel deeply thankful for the opportunity to recognize happiness in progress.

Our lives are full and rewarding. We live with an adorable two-year-old in a yuppie amusement park of a city. We’re doing what we love to do. We’re members.