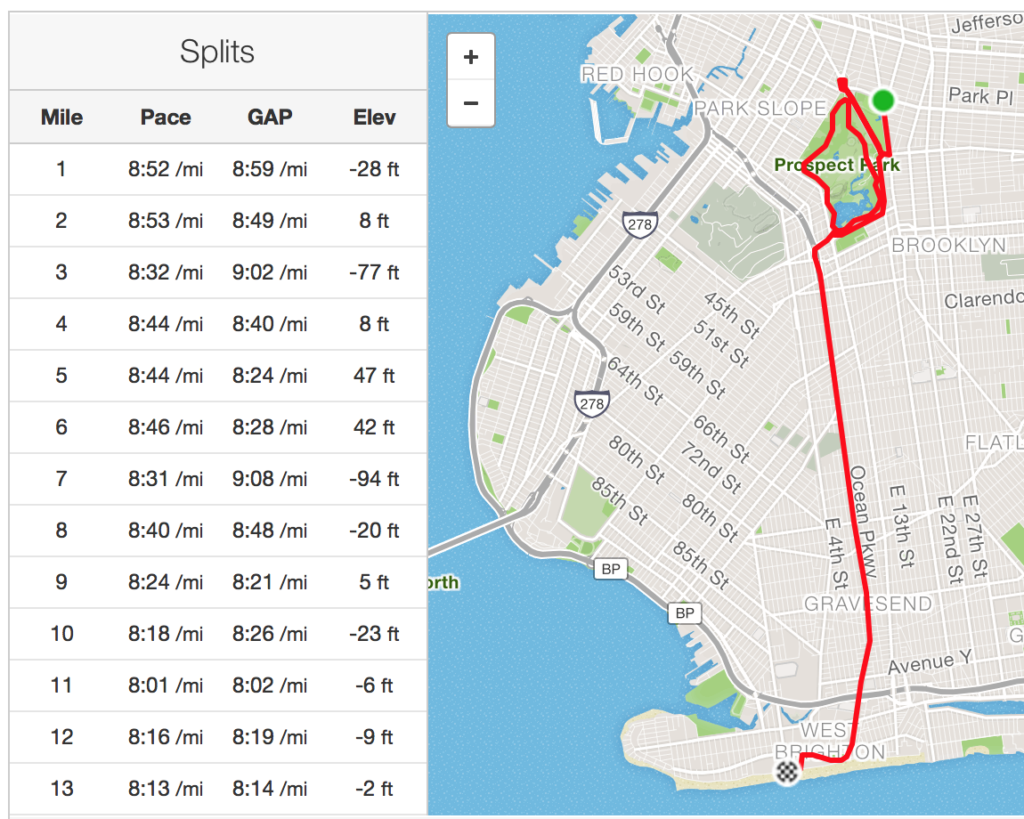 I ran the Brooklyn Half again last weekend. It was my slowest time yet because getting older but it was also the first time I felt I couldn’t have done any better.

I ran the second half of the race faster than the first, a feat called “negative splits.” Any runner can tell you that is a Good Thing though I don’t think anyone knows why. One hour, fifty-two minutes, and forty-seven seconds — I’ll take it, happily.

Hold on just a sec though, there’s a textbook 13 Weekends idea in there.

Last half faster than the first… I could work with that.

Which brings me to the last half of this post.

I run in large part because of Mom, who was diagnosed with Alzheimer’s five summers ago.

I write in large part because of Mom, too. After her diagnosis, we flew out to Iowa for support, all of us swimming in a new sadness that still hurts to recall. During one of our chats, I asked Mom for permission to write about her. Before Alzheimer’s, she wrote in her free time and was always encouraging of me when I showed even the slightest inkling. Even if it made her a little uncomfortable, I knew she’d get it; we have writing in common. She said yes without a moment’s hesitation. Over the years, on sticky summer nights when I struggled to fill out this blog, I often thought of her.

It’s time to follow through on that, to finally spend a summer focused on Mom. So, two little announcements:

Everything is moving faster now, and all of this has to happen on a tighter budget. More Tinyletters. Fewer hot nights spent pounding an idea into submission. Hey, with a little luck, I might even deliver these on time.

For the first time in a few years, I’m nervous about starting. That has to be a good sign.

Last half faster than the first,
Matt