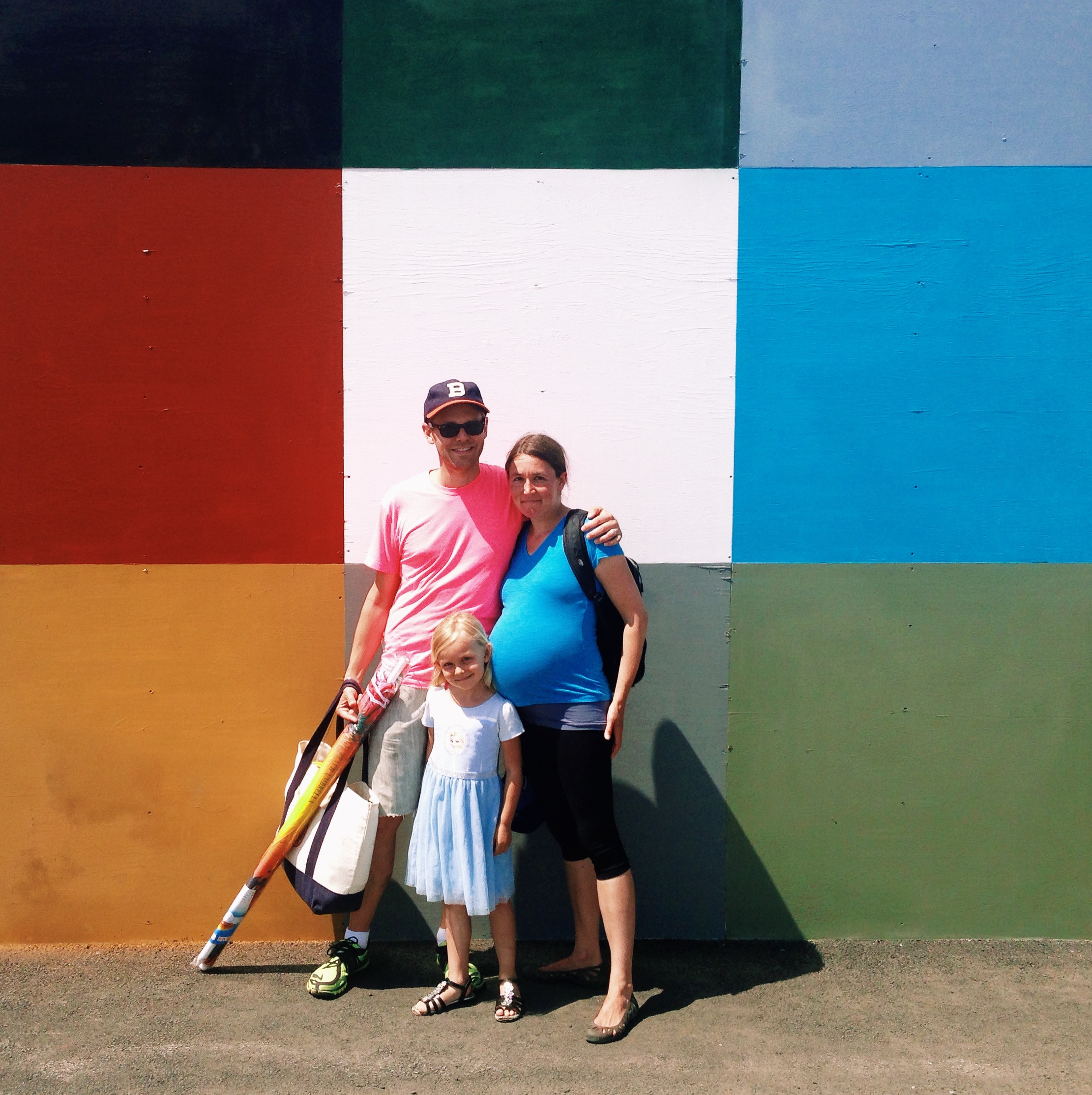 When I think of Brighton Beach, I think of shapes, mostly. Lots of rectangles: the big, churning blue one that stretches to the horizon, of course. On the boardwalk, a pattern of thousands of rectangular boards that connect Brighton and Coney Island. On the sand, the main attraction: hourglasses and orbs moving around and under canopies. Pears. Ovoids and pears. And of course the tiny triangles that hold this little universe together like dark matter, stretched to physical limits, far past what makes mathematical sense.

Brighton Beach welcomes every shape! Our three shapes—dadbod, fairy, and the planet Neptune—arrived Memorial Day to kick off summer 2015. 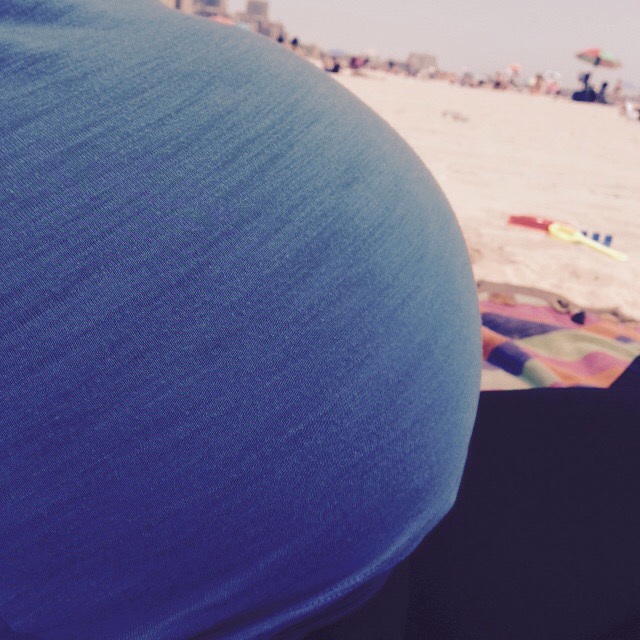 This is the spot we left off last summer. Atop the biggest shape on the island, Charlotte about to start kindergarten, swept along by that most classic of feelings: time was marching on and we were along for the ride.

Nine months have passed and time feels like it’s moved backwards. A new kid, who seemed so inconceivable last Labor Day (but who turned out, uh, not to be) is imminent. This arrival is so removed from Charlotte’s birth that it feels like a totally new parenting voyage rather than a continuation of the one we’re on. Like we’re starting over, but with a really good map and training regimen. Perhaps those are famous last words. But the last few months, I’ve felt something incredible: younger and wiser. 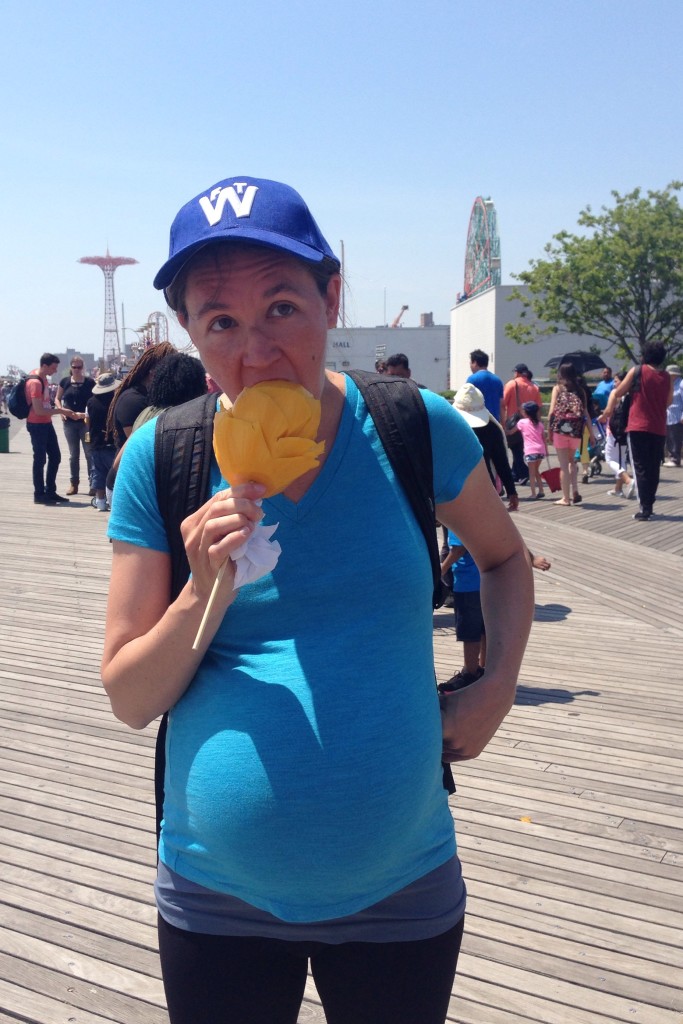 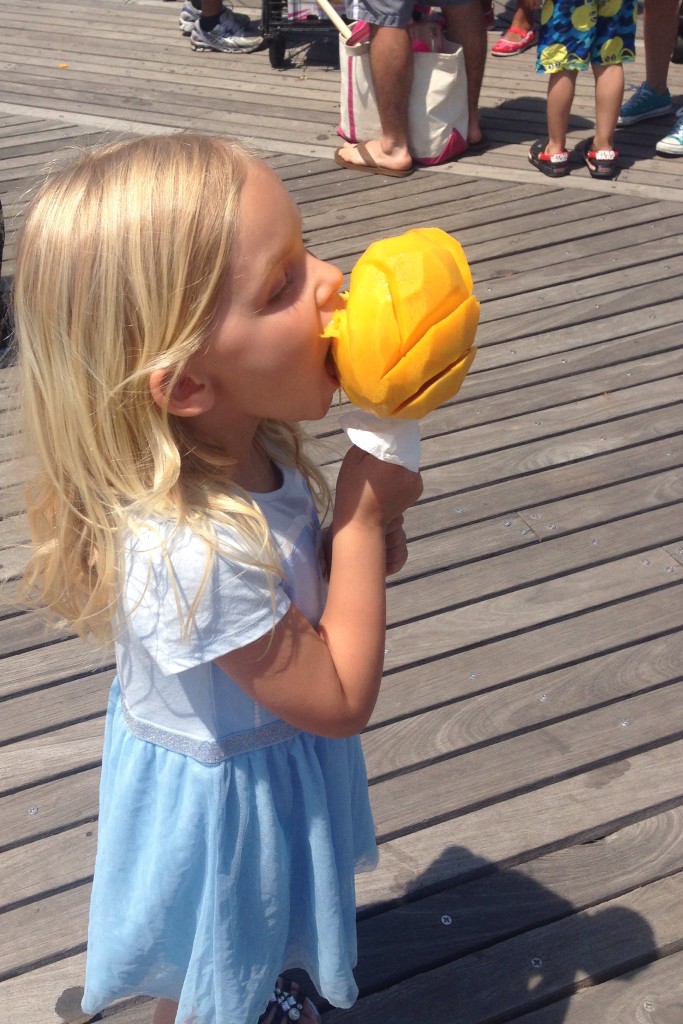 This weekend, the late spring ocean was still too cold to mess with. After a bit, we grew hungry. We set off down the long boardwalk, angled rectangular boards pointing the way. The day was growing hot. Halfway to Coney, not sure we would make it to lunch without a breakdown, a circle of vendors materialized, all of them selling mangos on sticks (salt and hot sauce optional). We handed over $8 for two mangoes and it was perfection.

Invigorated, we tossed the pits into the nearest cylinder and rejoined the immense holiday crowd where we were swept along, again, toward the Wonder Wheel.