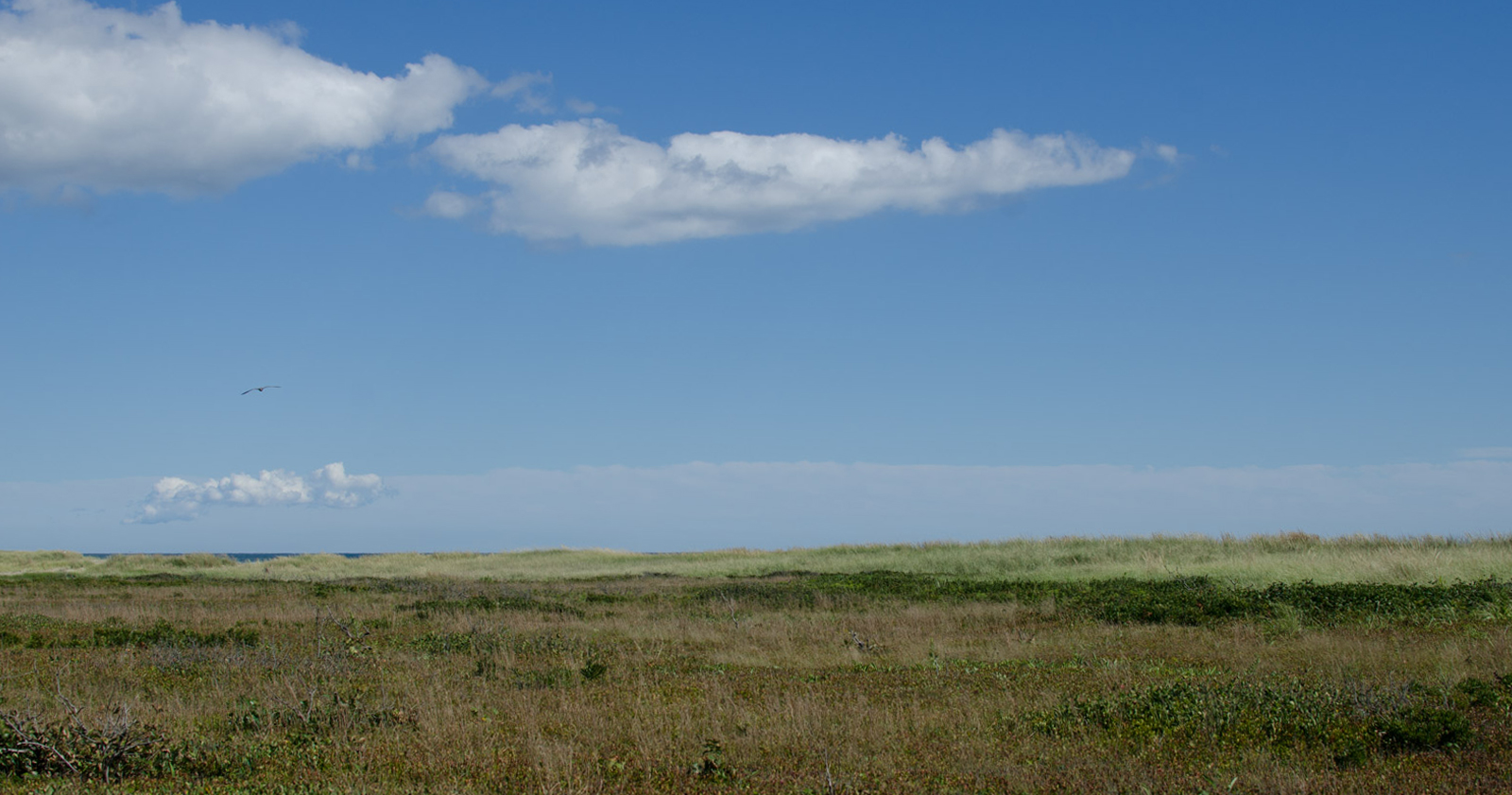 “The holidays were fruitful, but must end
One August evening had a cooler breath
Into each mind intruding duties crept
Under the cinders burned the fires of home.”

After everyone departed, it took a couple of days to come to grips with having the house and the island to ourselves. Once we did, we seized upon the freedom afforded to us by having access to Tim’s car. For an island that seems to discourage car use—there are no traffic signals and traffic appears to be an annual complaint—it certainly rewards those with cars. During our remaining days, we motored to a few new favorites and fell in love. 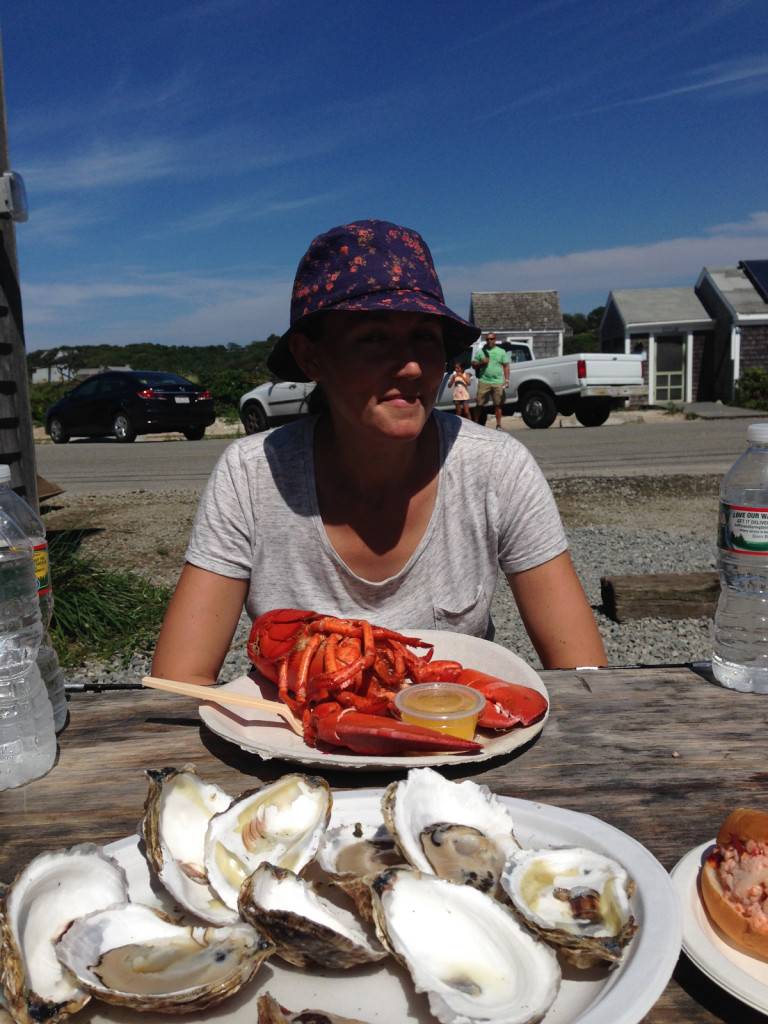 For lunch one day, we ate lobsters and oysters on crates out back behind Larsen’s Fish Market while dudes loaded and unloaded lobster traps and other honest-to-god actual fishing equipment steps away from us. We learned that “up island” is pretty chill. 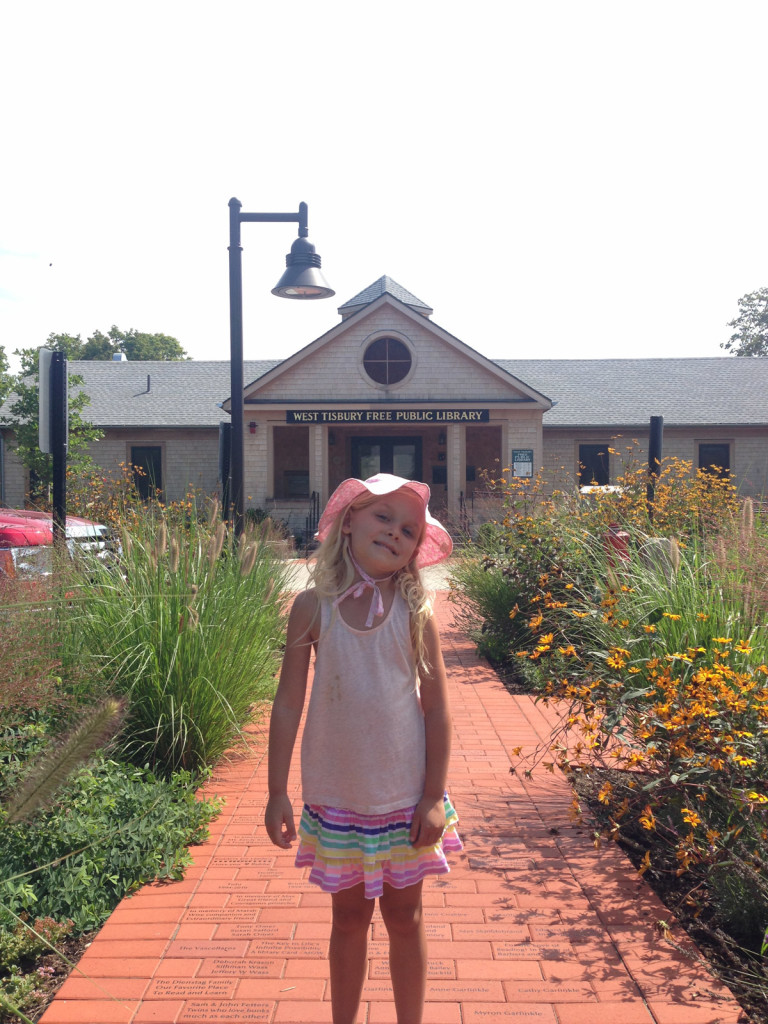 If you want to see what a public library with appropriate funding looks like, look no further than this total gem of public space. We went here four days in a row. It helped that it was minutes away from State Road, one of the few restaurants on the island we could find that treated its customers like humans instead of tourists. 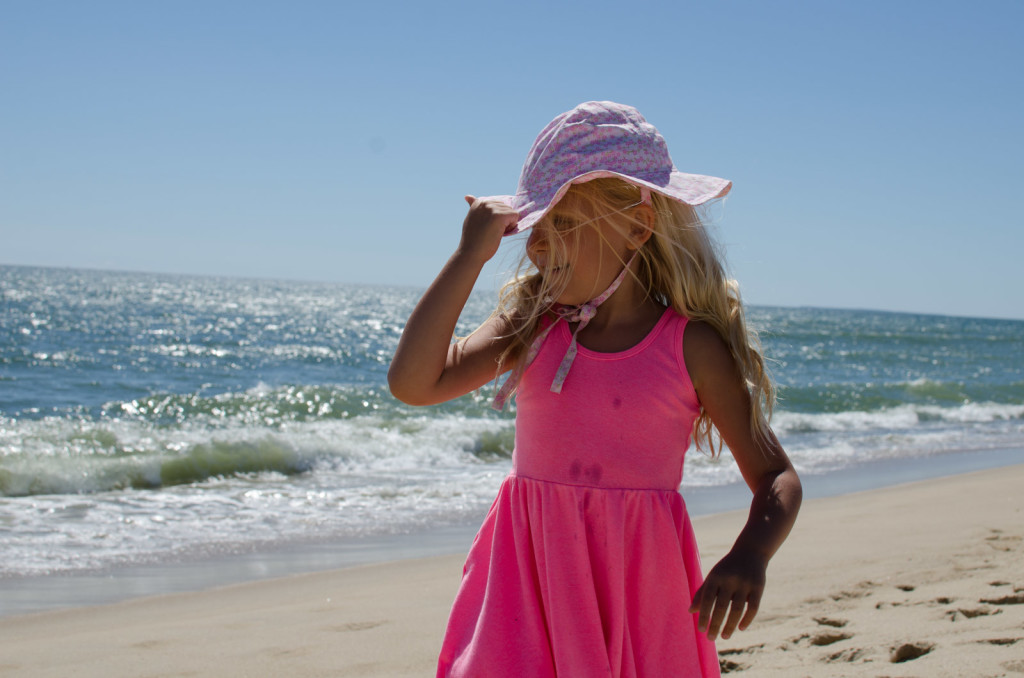 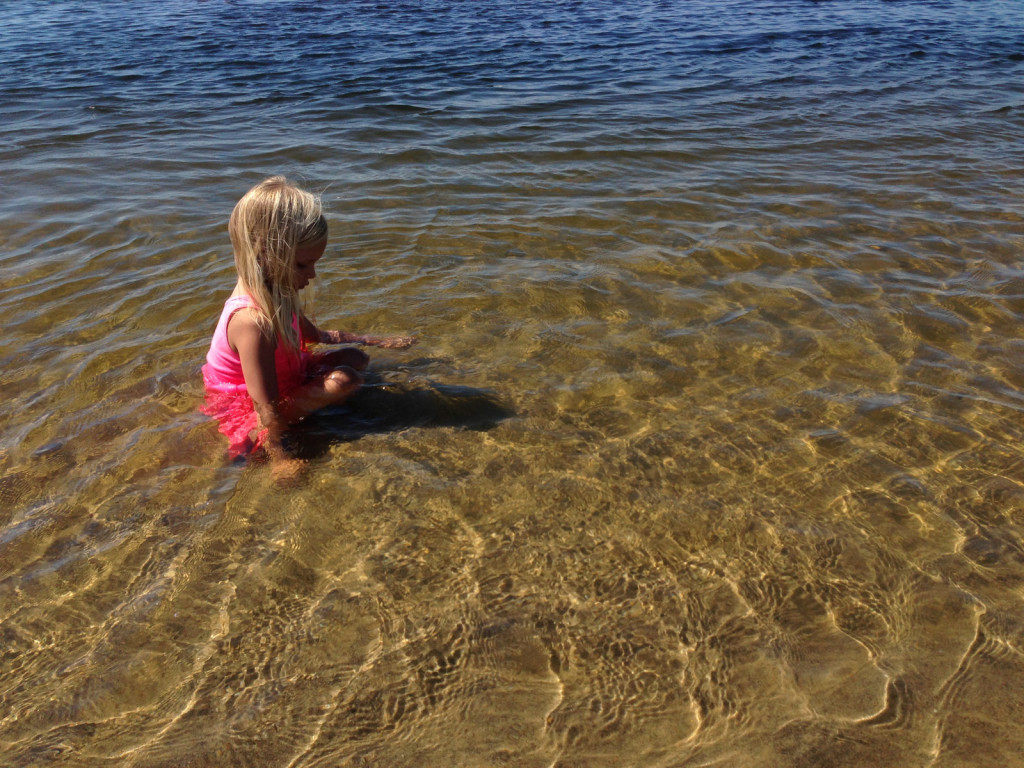 Roaring surf on the ocean side, total calm on the salty tidal pools on the other side of the barrier beach. We came here expecting easy hiking trails and, well, wildlife. Instead, we got one of the best beaches in the world.

It’s dreadful to leave beautiful places. We made the best of our final half-day on the island before the ferry back to NYC departed. The ladies left early in the morning to try to spot birds on the beach. But other than that, it was a series of lasts. One last rinse in the luxurious outdoor shower. One last trip into town for coffee and donuts. One last swim in the ocean. 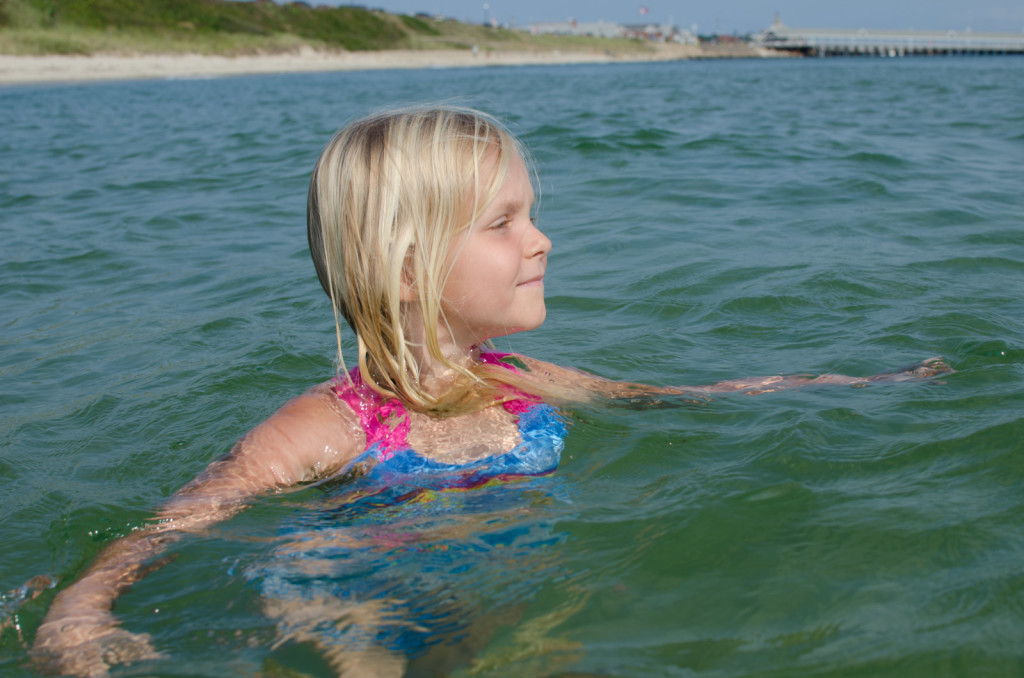 Charlotte is learning how to swim, and the sandbar in the middle of the calm Vineyard Sound is the perfect place to learn. This was the drill: she would have me take a few steps away from her and she’d launch herself toward me. Her swimming is not great yet, so mostly she was just jumping through the water and into my arms. On occasions where I stood farther away, she might forget to either paddle or kick, so the shallow bottom came in handy.

She got the hang of it, eventually, kind of. On her best attempts, she dog paddled for a few seconds before her head would dip slightly into the water and she’d instinctively put her feet down. Every time she came up laughing, screaming, “Again! Again!” We repeated this more times than I can possibly guess. It never got old. Every time she came up spitting saltwater and laughing, a picture of total joy. In early mornings and late afternoons, the light would be especially dramatic, reflecting off the water and illuminating her face from below. She radiated happiness, became a tiny ball of light bobbing in the blue. She looks so much like my mom.

Dried off and cleaned up, we tidied the house and locked up. I grabbed a copy of that week’s Vineyard Gazette from the newsstand, and with a giant collective “welp,” we boarded the ferry. As we settled, I looked at the paper and there, right in the masthead, was reassurance from none other than R. W. Emerson that my feelings of vacation-ending dread were, at the very least, universal. 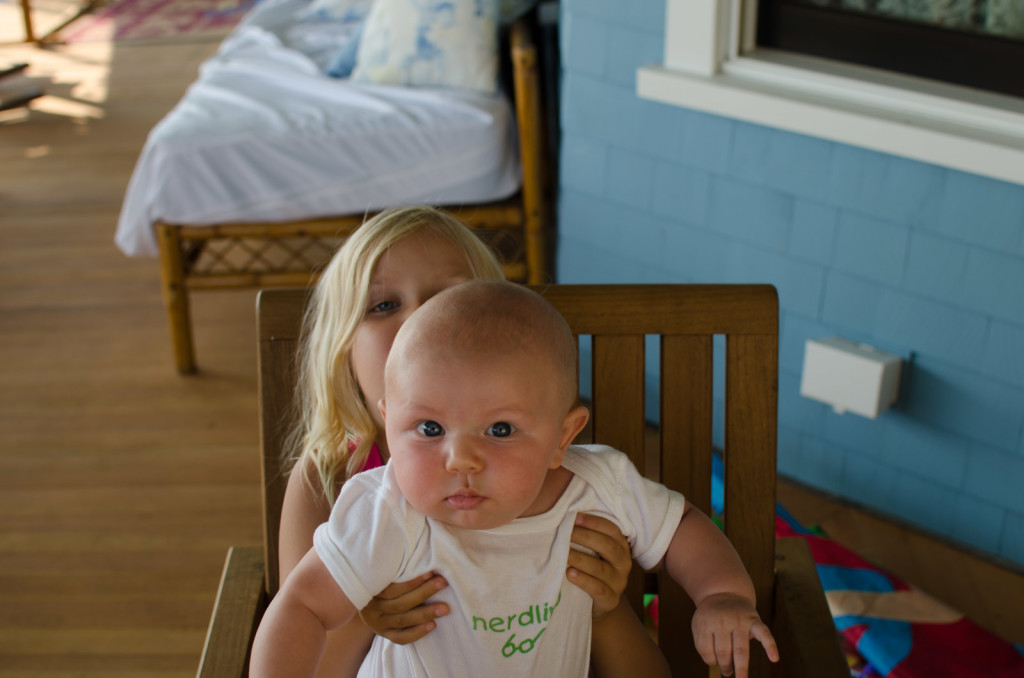 We’re back in Brooklyn, and I wish I could say that we’ve managed to maintain a calm vacation aura. It dissipated pretty quickly, in fact. Even though we’re back, we’ve each found little ways to retreat into the memory of last week, to keep the flame alive for a little bit longer. I smuggled part of a stale apple fritter off the island and we’ve been nibbling it for breakfast. Charlotte restarted the Vineyard puzzle on the hallway floor. Maggie’s got a half pound of smoked bonito she picked up at the West Tisbury farmer’s market sitting in the fridge; she’s waiting to savor it on summer’s last holiday weekend. And I’ve got the Gazette on my bedside table, where, if I’m not completely exhausted, I can read a snippet of something and send myself back. The feeling is total, overtakes me, and I can feel the waves around myself and Charlotte, if only for a brief moment before deep sleep.

4 Responses to MV to NYC