Have You Heard the Good News? 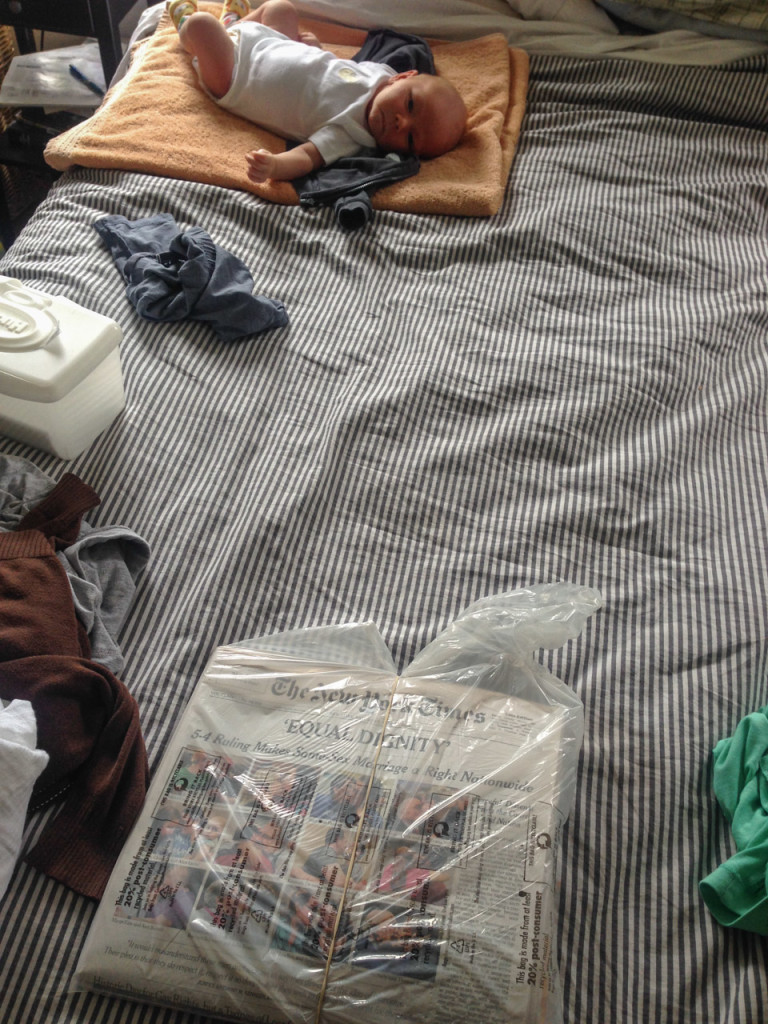 After my run Saturday morning, I grabbed the newspaper off the stoop and tossed it on the bed. Nearby, Wilder was doing his best turtle-on-its-back impression. Through the plastic bag I could make out the extraordinarily large headline that led the report from an extraordinary day of news: “Equal Dignity.”

I looked below the fold. There was news of a massacre in Tunisia and the fatal end of an escaped convict upstate. Either story would have led the news on any other day. Between those two stories, Barack Obama sang “Amazing Grace.”

I was struck for a minute while Wilder flailed around quietly. Good news had won the day. People who loved each other achieved equal footing. A grief-stricken community embraced forgiveness in response to terrorism. People were coming together, finally, to remove symbols of hate.

When I was a kid, I remember absorbing a vague fear that permeated my parents’ generation, that they had brought kids into a terrible world, one where the specter of nuclear winter loomed. Perhaps that dread has taken on different forms in the prevailing 35 years; if so, I realized that I don’t subscribe to them.

Saturday morning, I was optimistic about the future. We had made a tiny bit of progress, imperfect and incomplete though it was, but progress nonetheless. Progress toward a world guided by love, empathy, and justice—values we work so hard to impart to our kids.

2 Responses to Have You Heard the Good News?