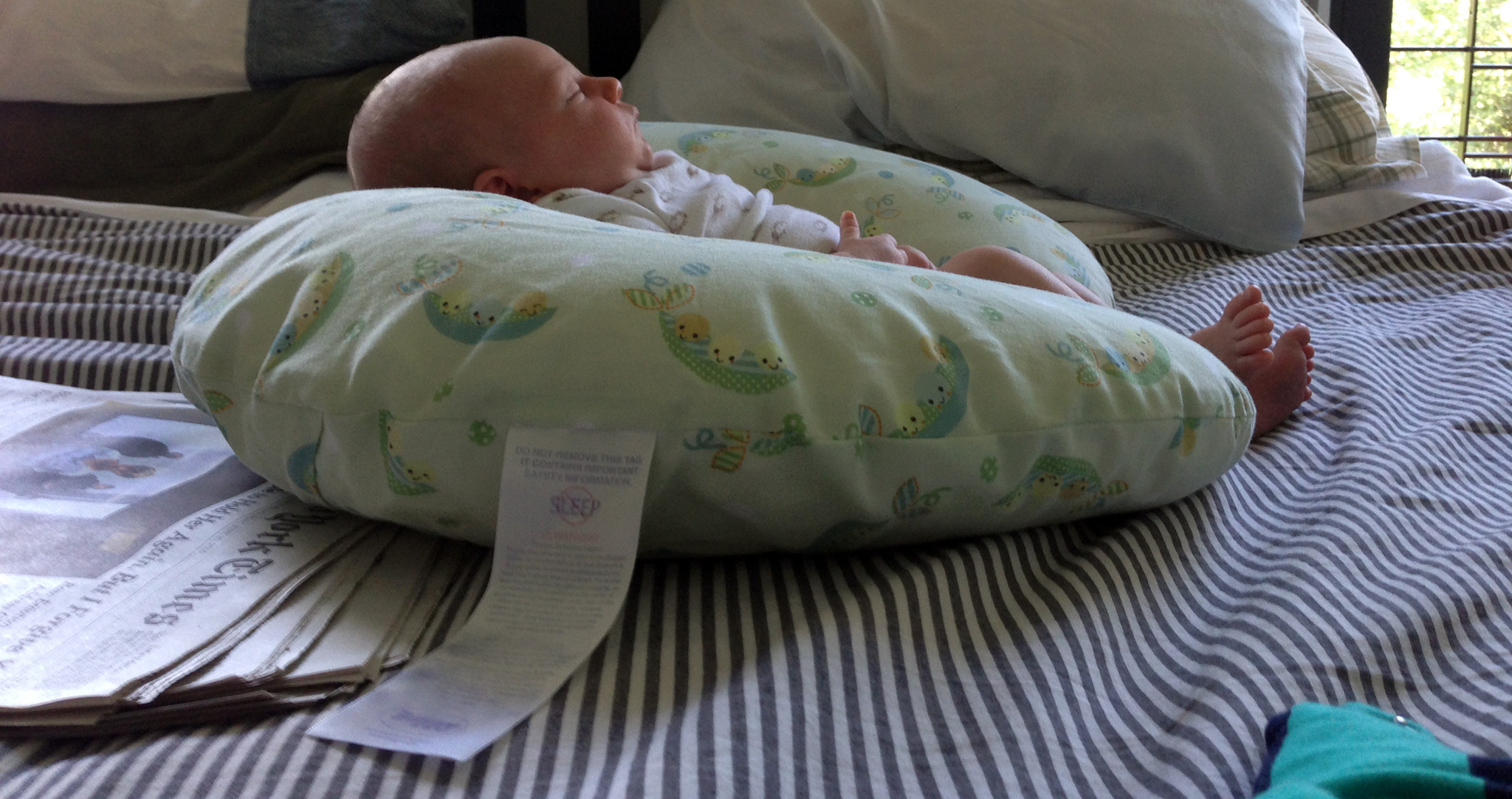 This weekend I was reminded of the importance of a good latch. In 2009, we took a birthing class with a dozen other first-time parents, facilitated by Ellen Chuse, who has educated literally every nervous parent in Brooklyn. One of the classes was dedicated to breastfeeding and Ellen showed us a campy old Australian instructional video about how to get a good latch—the connection between baby and mother.

Ellen might have considered separating boys and girls for this lesson, since it was really only practical advice for half of the room and the boys were clearly not mature enough to handle breastfeeding advice from down under. (“The best Australian latch film I’ve seen,” joked one future father.)

I did learn something: the latch is not just a physical bond, it’s an emotional one. It helps the baby connect emotionally and feel secure and safe. It’s one of the first emotional ties the baby makes with another person.

Friday evening, I walked in the door a little earlier than usual. My entrance surprised Maggie, who was sitting in the rocking chair in our bedroom holding Wilder with a disbelieving grin. She had her phone out and was awkwardly pointing it at him with her one free hand.

“I was just about to text you,” she started. “Look what he can do!” I took a second to guess what in the world he could possibly do all of a sudden. There weren’t many options. We already did the tongue-sticking-out thing with him and at three weeks old he wasn’t about to do something dexterous.

I took two steps into the room and immediately saw what the fuss was all about. Wilder was eating from a bottle. I exclaimed in delight and Maggie motioned for me to switch spots with her. I slid into her spot and cradled Wild-man in my left arm. He didn’t skip a beat; he looked up at me with his blue-black eyes with that little pinprick of light in them and… latch. Instant connection. I was feeding him. 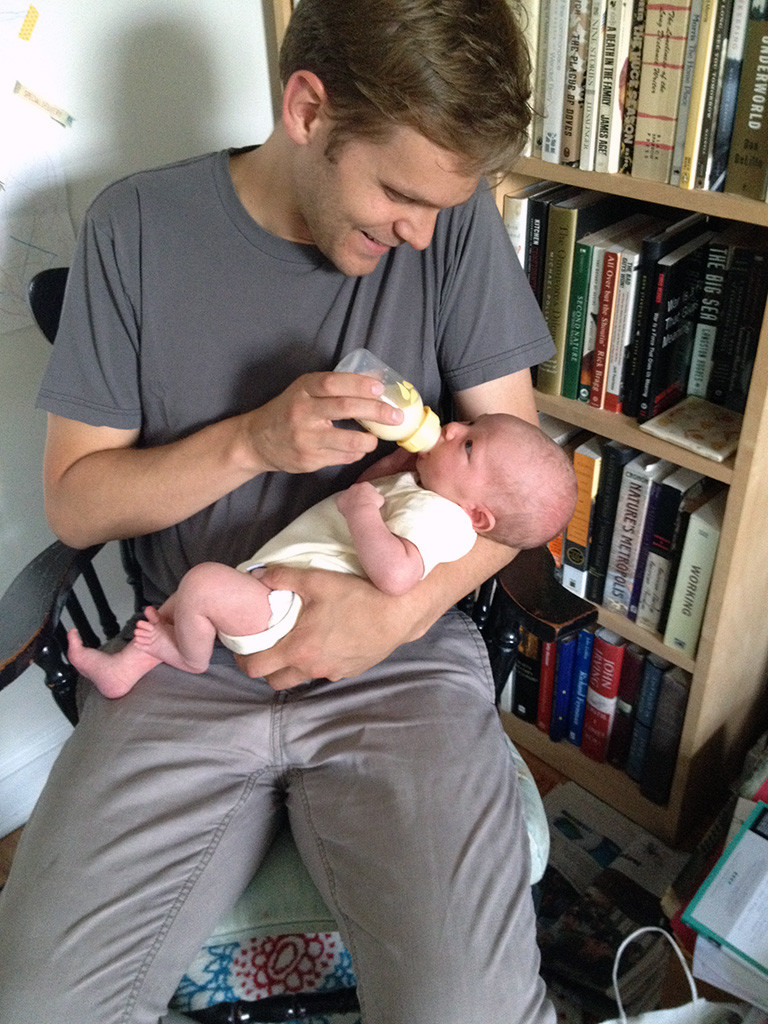 To understand why this matters, I have to reveal something about Charlotte’s first years. It is this: Charlotte didn’t do bottles. Until solid foods, she only breastfed, which meant that Maggie ran herself absolutely ragged because I was unable to help with feeding Charlotte. Charlotte was super stubborn about her routines. No matter how hungry she was, she would hold out for Maggie for food. As a result, I think the first time I actually fed her myself was when we went to get hot dogs during one of Maggie’s holiday craft fairs a couple years back. I’m exaggerating but not too much.

Lots of early parenting experiences depend on being able to feed a newborn. For instance, if you can feed a newborn, that means you can put the newborn to sleep since they just pass out after they’re full. As a result, I remember feeling left out during those first months while Maggie did it all. I was supporting cast.

Wilder ate greedily—or, more likely, normally, but how would I know? Maggie and I were thrilled to get the chance to do it differently this time. 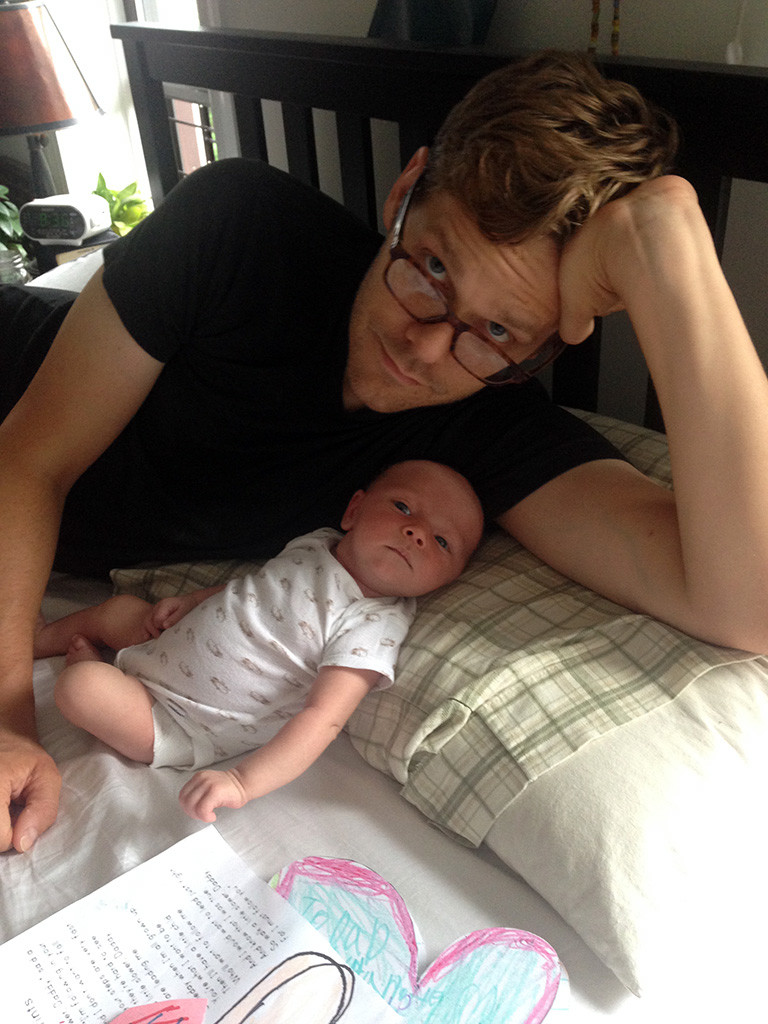 Sunday was Father’s Day. We took a chance and went to the 1 o’clock showing of Inside Out, all four of us. We chose a theater we’d never been to before, perhaps thinking if things went south in the theater with Wilder we would at least never see those parents again. We ended up in Battery Park City, Manhattan’s sterile, corporate rejoinder to anyone who over-romanticizes the city’s history.

As we entered the theater (behind Goldman Sachs, up four escalators), my mind went back to 2009 again. I hadn’t been to a movie since then: Star Trek, the reboot, at that lousy theater in Park Slope that is missing seats and will soon become luxury condos. Thanks to the loudness of the movie, Charlotte, womb bound, provided us with one of our first memories of her, kicking Maggie throughout.

Back in the BPC in 2015, we settled in with our two medium sodas and medium popcorn and soaked up the air conditioning. Wilder fell asleep as the movie started.

And now for another revelation, this one about me. It is this: I cry during animated movies. I will leave it to therapists to decode that, but it’s a fact that I can’t make it through Linus’s speech, or even the opening scene of Brave, without weeping.

If you’ve seen Inside Out, you’ll remember that about midway in, Riley, the main character, falls asleep full of worries. Joy, one of her inner emotions, orchestrates that night’s dream. She queues up a memory of the 11-year-old as a child, ice skating on her family’s pond in Minnesota. Joy watches this dream and, moved by the pure happiness of the memory, skates in synchronicity with the dream. I am welling up now just thinking about it. In the theater, I nearly choked out loud, I was so caught off guard. I remembered how as a kid, you could always retreat to safety inside a fond memory.

Charlotte sat on my lap during the last five minutes of the movie. Maggie and I stifled the audible emotions and, when it was over, Charlotte turned around and saw us both wipe tears.

“Why are you crying?” The question made us cry harder. I refused to let her get down off my lap. Wilder was still asleep on Maggie. We sat there and watched the credits quietly for a few minutes, a salty mess, parents latched to kids.