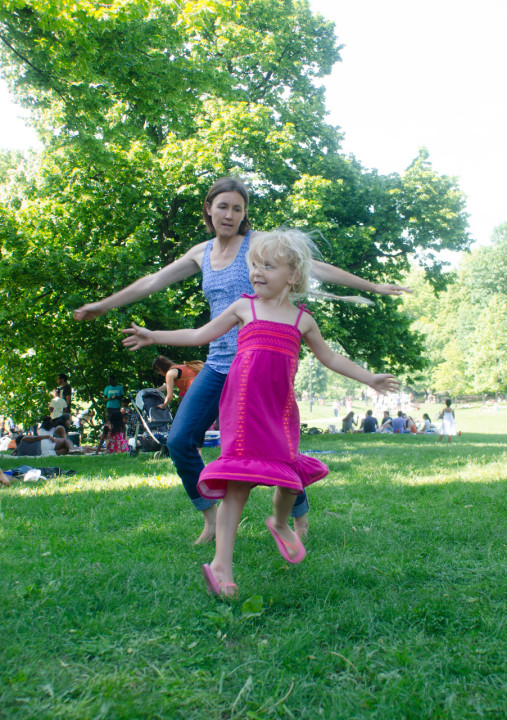 Where were we? Nine months ago, we were standing at the edge of the continent, on some real-deal Maine bedrock. We were at the beach, we were frightened by fireworks, we were staring at peonies. We were wearing clothes that, now, no longer fit.

Now, we have a new job, a new apartment, a new studio, a new school, and a (mostly) new cohort of four-year-old friends. Charlotte wears Maggie’s clothes. Everything keeps starting.

Maggie went to Rome. I ran a half marathon. Charlotte learned about capricious four-year-olds on the playground. Together, we became more independent, we got stronger, we felt our guts wrench. In private moments, we spoke quietly about whether it was like this when we were four, hoping that it was.

This is the emotional shape of things right now: greater intensity, greater frequency. Another wave right off the bow that no one’s ready for but we’ll ride it together. And, still, the whole thing feels impossibly lucky.

I’m already a week behind. It’s time to write.