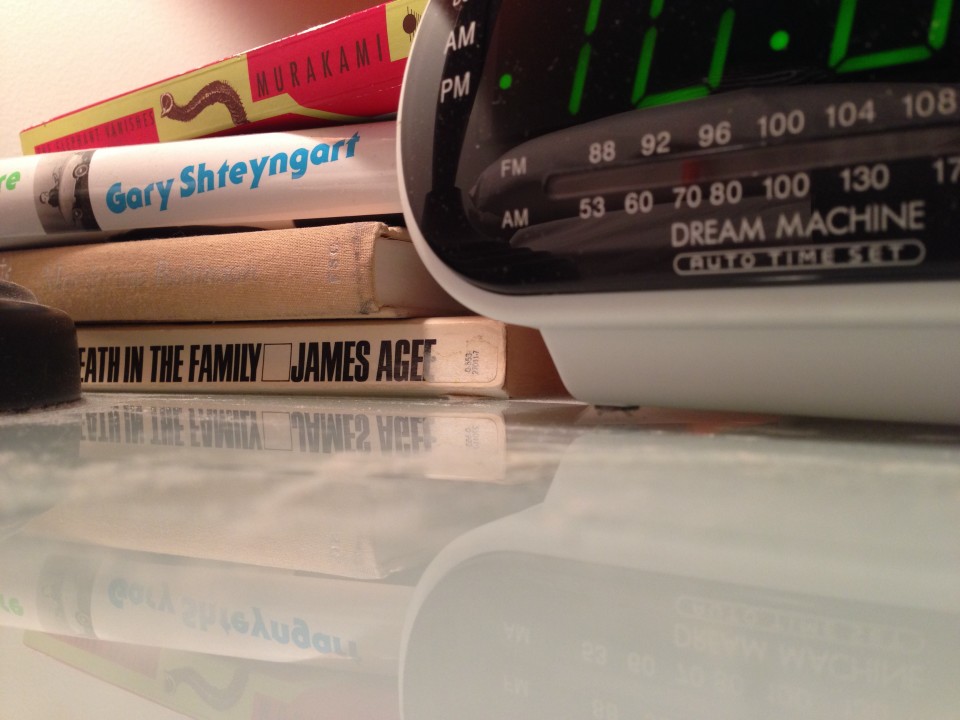 Last winter, on a whim, I purchased a musty softcover copy of James Agee’s A Death in the Family. If you haven’t read it, I can’t recommend it highly enough: sensitive, tender, and lyrical; also, ominous and inevitable, like an approaching storm. My discovery (if you can call it that) of this book spurred me to seek out Agee: his death, the controversial editing of A Death in the Family, his work with Walker Evans, and so on. It was a kind of self-propelled curiosity I hadn’t experienced in some time.

I’ve been keen to rekindle that curiosity, with another book specifically, and in an honest-to-god bookstore. Charlotte and I went to Unnameable Books on Sunday when we had a little time to ourselves. She parked herself up front by the Maisy books and I got to work. It turns out, idle browsing requires a lot of restraint. Many times I caught myself reaching for my phone to remember a title or read reviews.

I persevered though, forsaking the Google searches and Amazon reviews in my pocket which would tell me whether or not I was on a path to a good read. I embraced the likelihood that I’d end up with book I wouldn’t finish. I grew excited about the slim chances of finding something as good as Agee. Irrational stuff! But key to nurturing that curiosity.

We only stayed for a little bit, thirty minutes maybe—enough time to get through about half of the store. As it turned out, I didn’t buy anything. Instead, I’ll return when impulse and curiosity re-align with another little window of time.

What a rarity it was to shop without being fully informed. Who does that anymore? The spontaneous and under-informed book purchase is an endangered experience. To risk being underinformed, to risk not getting the best value, these are unaffordable luxuries for my generation.

After the bookstore, C and I grabbed a bagel and wandered around the neighborhood. I had my camera and the sun was brilliant. I happened to catch the Haitian church bus parked in front of Met Foods, which reminded me that the Haitian Times office used to be on Vanderbilt, several gentries ago. This set us off on a mission to take a photo of businesses that have been in our neighborhood as long Maggie and I had. C was really into it, which probably isn’t a surprise given all the, shall we say, origin questions she’s been asking lately. “Was that there when you moved? Was that there after I was born?” And so on.

We learned that, unless you run a laundromat, liquor store, or grocery store, chances are good that you were not there before Charlotte was born. 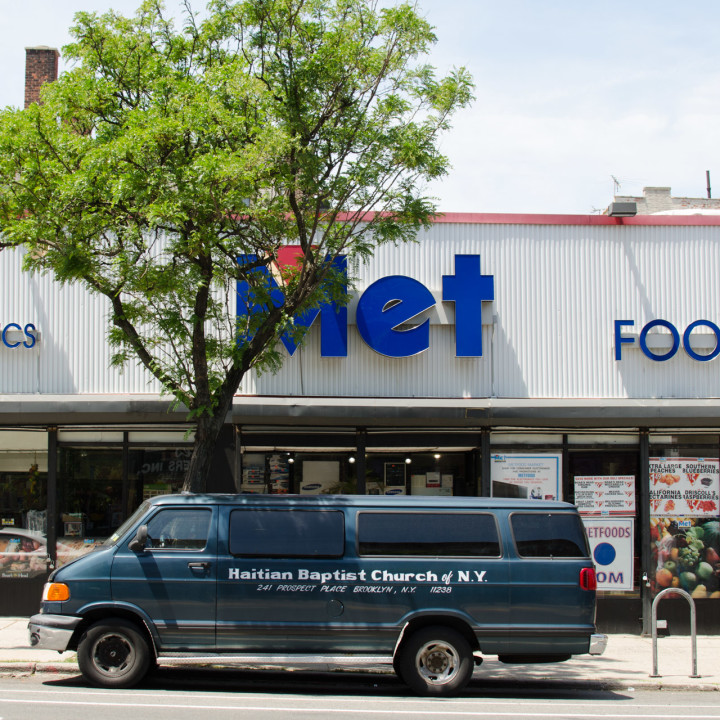