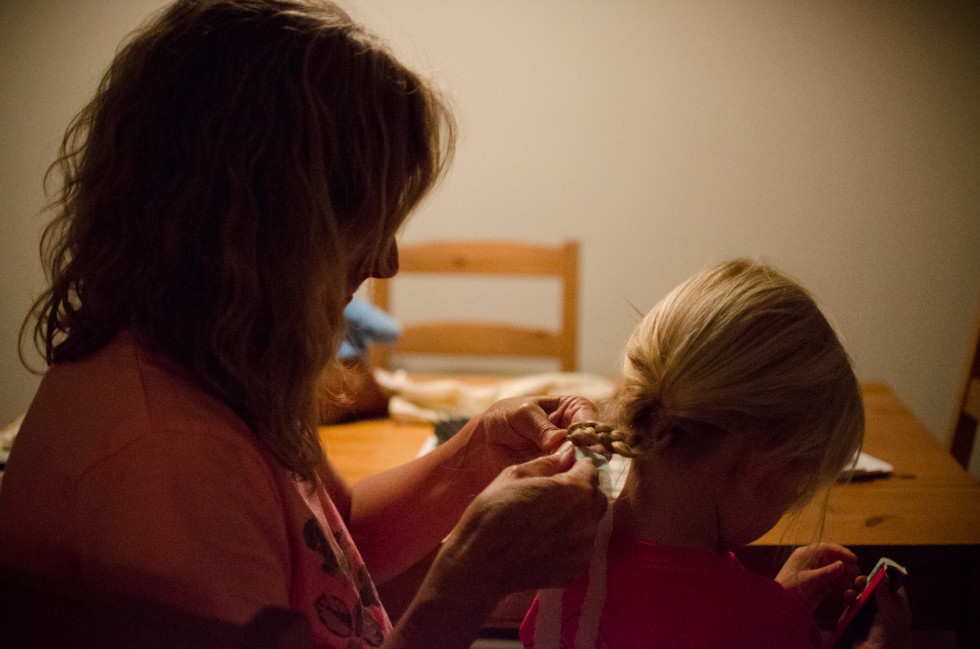 In the summer of 2012, my mom was diagnosed with Alzheimer’s disease. I’ve mostly tracked the progress of the disease from a distance: I call her often, and we visit her in Iowa two or three times a year, but those visits are usually brief and as a result the mile markers are pretty far apart. The distance has caused me a considerable amount of stress and worry. This week, we flew mom out here to take part in Grandparents’ Day at Charlotte’s school and stay with us for a week. I also hoped to assess, from a closer remove, just where things stood.

From the moment I bought her plane ticket, I feared that this trip might wind up a terrible mistake. I traced this fear back to our last Iowa visit, at Christmas, when new symptoms had appeared and the progress of the disease seemed to be quickening. It was nerve-wracking to get her here by plane, on her own, but it worked, and it was immediately clear that this was anything but a terrible mistake.

Alzheimer’s is collapse by a thousand tremors. The general conception of Alzheimer’s is that it erodes your memory, starting with the short term and moving inexorably backward in time. While that’s broadly true, the path feels completely arbitrary to me. The disease takes away specific abilities, parts of the brain you imagine living on opposite sides of town. If you didn’t know better, you’d suspect the hand of a diabolical madman.

Some examples. Mom woke up in a bit of a fog every morning. I didn’t have to remind her where she was but I’d be lying if I said I hadn’t thought about how I’d do it. Mom was quiet and conversation had to be prompted with a question or a Yeungling. She was adrift in crowds. Mom has trouble recalling proper nouns, like place names. Things that happened in the not-so-distant past have faded, though her long-term and short-term memory were generally clear. I noticed she needed to concentrate to get her hands to search her purse, which she does frequently—the physical effects of Alzheimer’s were something I hadn’t anticipated. Mechanical or technical controls confounded Mom, but some could still be mastered with repetition: the shower was confusing for two days and then it wasn’t. Her iPhone, on the other hand, was largely a source of worry and frustration—about the battery running out, about remembering how to call someone, about speakerphone. She is, in her own words, “slower than molasses in January.” And, as that quote attests, she’s still quite aware of what’s happening to her. She worries about the impact she has on others. She doesn’t want to be a burden.

A paragraph is really all that deserves to be written about the little things Mom can’t do. I feel terrible even committing it to text, but it feels important to record if only as a benchmark. Every Alzheimer’s care guide in the world will tell you to focus on the capabilities that remain and there’s still a ton Mom can do.

For one, she was a perfect companion for Charlotte. Charlotte would forge ahead to the next activity and settle in right as Mom arrived. Mom read to Charlotte constantly, without once asking for a break. They watched Frozen. They became closer than they ever have during one of our Iowa visits. Like two little orbs of lightning, they moved slowly and spectacularly through space together.

We took a hands-off approach. Given how passive Mom is, if she showed interest in something, it was hers. She insisted on washing and putting away the dishes, got angry with me when I did them myself, in fact. Sure, fine, knock yourself out. She was slow as hell but it didn’t matter. She did them. She made good guesses about where dishes lived in foreign cabinetry and, recognizing her limitations, left the dishes out that she knew she wouldn’t be able to repatriate, clean and dry. She dusted and cleaned. She tried to pay. She took photos.

The biggest little triumph, I suspect, was that she went on her own to Grandparents’ Day at Charlotte’s school. Maggie dropped them off in the morning and then left. For an hour, she was independent, in public, with strangers. She got to see Charlotte in school, the setting in which she spent nearly her entire professional life. I can only imagine how that felt—she told us about it all weekend. It was heartening to think of Mom making new memories in the midst of all this decay. It was all worth it, just for that. 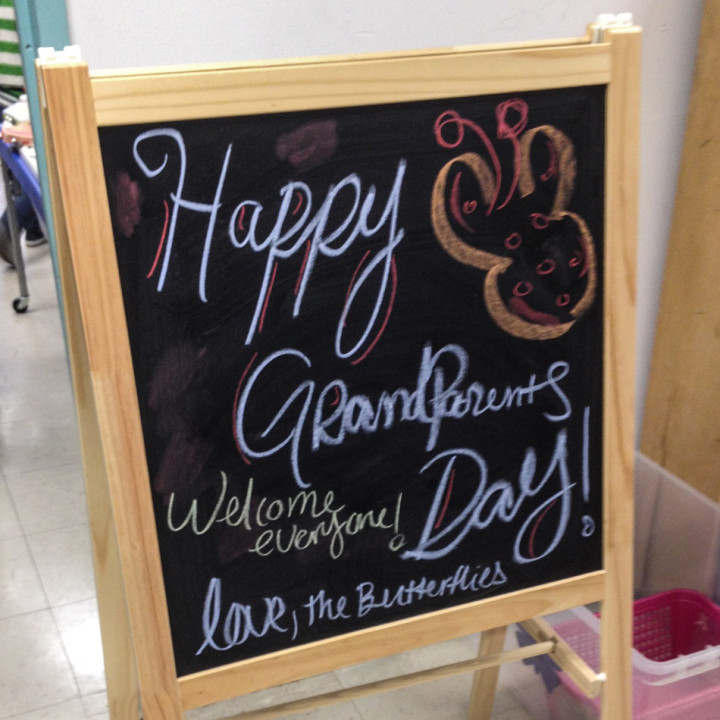 The presence of Alzheimer’s in our apartment this week was surprisingly liberating. It became easy to say “I don’t know,” “I don’t remember,” and “it doesn’t matter” when Mom struggled to remember something. I said these things in part to put Mom at ease, to give her permission to move on and not beat herself up remembering inconsequential details. But I also said these things because they were true. Sometimes, I didn’t know, other times I didn’t remember, just like her. It didn’t matter.

The question of “How’s Mom doing?” that I asked at the beginning of the week ceased to matter by the end of it. The more salient question now is whether Mom is getting what she needs: a life with a sense of dignity and capability, and loved ones to witness it and guide her through. 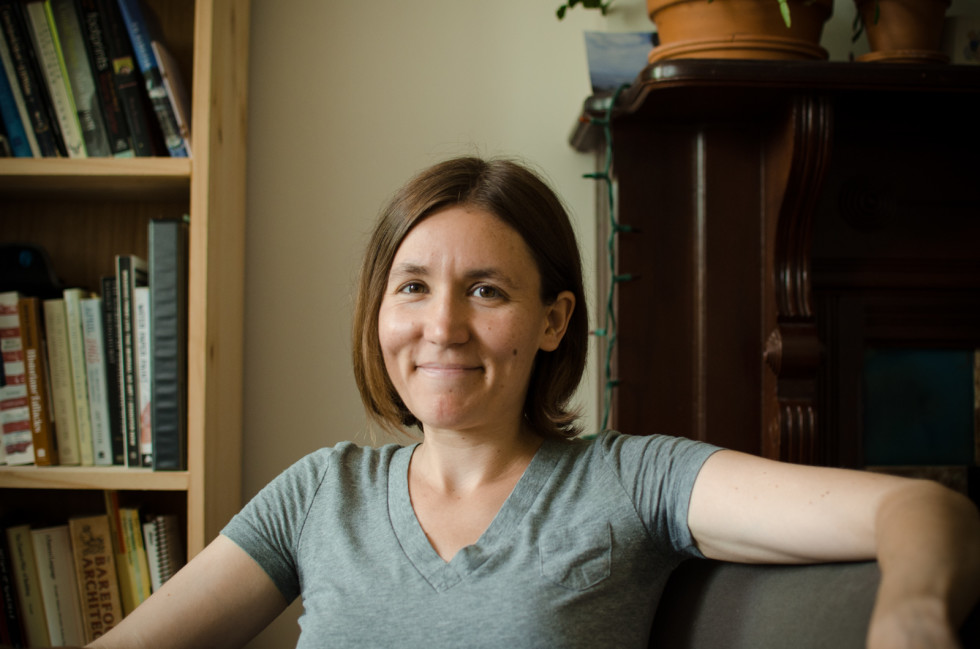 There were two things Maggie did this week to deepen my admiration for her. The first was to recognize the moment, the hour that Mom could spend at school with Charlotte, and then sacrifice everything to make it happen. It sounds silly, to fly someone 1000 miles for an event that lasted an hour. If I’ve learned anything from hanging around her family for seventeen years, it’s that there is actually nothing more important than making these little moments happen when you see the opportunity. None of this would have happened without her sense for the dramatic, her sense for potential memories.

The other, her belief in love. Tuesday night, Mom safely home after some drama with American Airlines and her husband, we spilled our guts about how emotional the whole thing had been. I must have thanked Maggie, or something equally feeble, I don’t remember. Maggie offered, simply, that she did it all because she hoped that when she was 85, Charlotte might do the same for her. I noticed that I wasn’t the caretaker in that vision. But, there again, this week’s refrain: it doesn’t matter. The love is what matters. If we can pass it on another generation, if Charlotte can feel it, if the love can survive us, then all the effort was worth it.