I don't remember what we did on Saturday. Sunday, though...

There are a few acts of nature, such as the passage of Halley’s comet or the transit of Venus, that are so rare and so dramatic as to seem like metaphors for the virtues of patience itself. But of all of these, the arrival of the 17-year cicadas, the noisy insects that nestled under the earth for that length of time and recently awakened by the millions to spawn, may be the grossest.
— "An Invasion of 17-Year-Olds, Loud, Lusty and Six-Legged," The New York Times, June 7, 2013

This weekend, I realized with horror that I hadn’t left the city limits since Christmas. It’s easy to get swallowed up in the city and lose all sense of the outside world, a feeling I’ve found hard to communicate to friends and family who don’t live here. I usually describe the sensation of realizing you haven’t seen the horizon for weeks on end. The buildings are tall enough and numerous enough that you can only see a horizon by going to the edges, the top, or outside of the city. Until we went to the beach last week, I’d gone six months without seeing a horizon. Sunday, we fixed that by renting a car and driving up through Bear Mountain to what is perhaps my favorite spot in the northeast.

Storm King is a vast outdoor sculpture park featuring truly monumental works by Calder, di Suvero, Serra, Goldsworthy, Lin and the rest of the usual suspects who can only express themselves by pounding things into the ground. It’s expansive and picturesque. 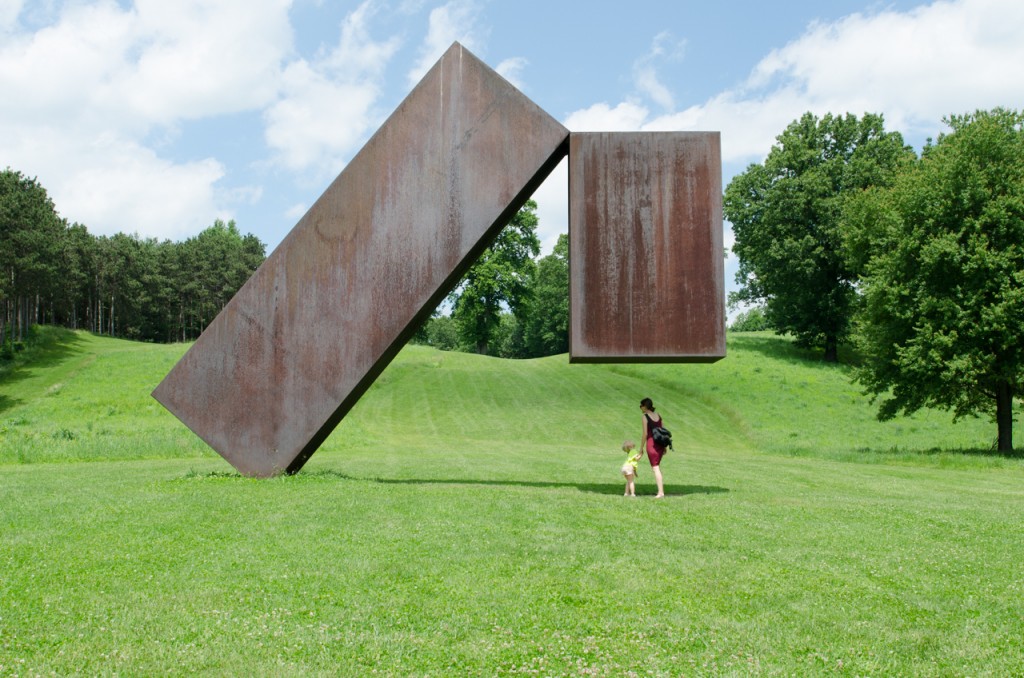 However, a perfect day, a picnic lunch, and art itself were all completely upstaged by something we didn’t anticipate: "an overwhelming temporary sound sculpture." Brood II, the Hollywoodish name given to the 17-year cicadas that are hatching all over the northeast, had emerged from the ground at Storm King.

1 Not the usual lazy weeeee-oooooo, weeeee-oooooo I remember from the cicadas in the midwest. These make a totally different sound.

We pulled into the park and rolled the windows down to wait in a short line of cars at the entrance. A low, monotonous, constant mechanical sound made us turn off the radio.1 We saw a couple fly by the car. Charlotte spotted one up in the trees. Then, as if our eyes suddenly adjusted to new light, we saw them everywhere—plastered to trees, on the undersides of leaves, in piles on the ground. This was our first encounter with an apocalypse-class swarm of insects. I have to say, with no crops on the line, swarms of insects are pretty cool. 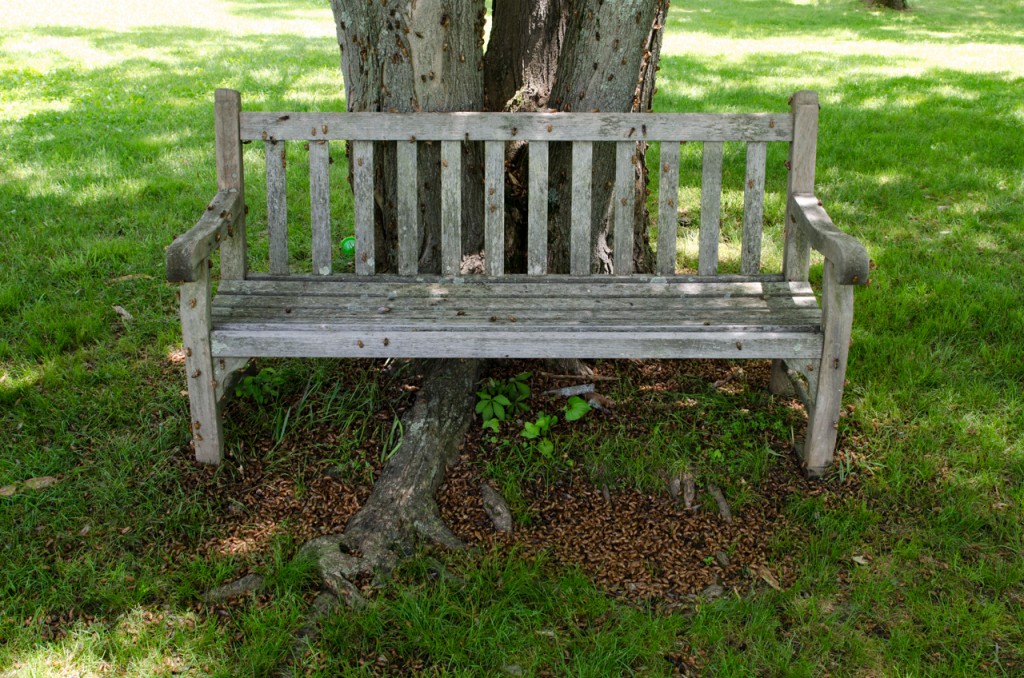 These bugs are dumb. Cicadas flew in our faces, crawled up legs, landed on shirts. They were stubborn about moving, even after being flicked with a finger. They were so lethargic, so stupid that Maggie and I wondered what possible evolutionary advantage they enjoyed that could have kept them around so long as a species. I guess if you’re not going to outwit your competition it’s best to outlast them underground.

With pesky work like thinking and trying to survive out of the picture, the cicada’s world is a Freudian feast of sex and death. We caught glimpses of the former a couple of times ("Hey Dad, this cicada has two heads!" said you-know-who) and had to tiptoe gingerly around the latter. Certain spots were so thick with cicada shells and bodies that it was impossible to walk without hearing a crunch at every step.

The 17-year cicada is almost too easy to include on 13 Weekends. It could practically be my mascot, what with the easy questions they bring to mind. I’ll spare you, but their presence did have a way of making me think about time in a slightly different way.

"I’m very sympathetic to their plight," said Mr. Soto, who went so far as to take out a $250 advertisement in the local paper explaining that cicadas are harmless. "I’m not going to spray for them, because they’re going to be gone in two weeks. Let them enjoy life for two weeks."

The way we perceive time is interesting: we can see clearly into the past, using our memories as guides. But we have nothing like a memory to see into the future. Sure, I can imagine lots of things about the future but ultimately they’re just fictions and potential truths. My ability to actually see into the future relies on some very specific and clear sense of how something will be. This is often based on past experience, and as such is a very limited superpower. I can see myself having lunch tomorrow because I’ve had lunch many times. I can’t see what Charlotte will be like next year. But sometimes, that horizon of what I can see pushes into the future a little bit farther than usual. 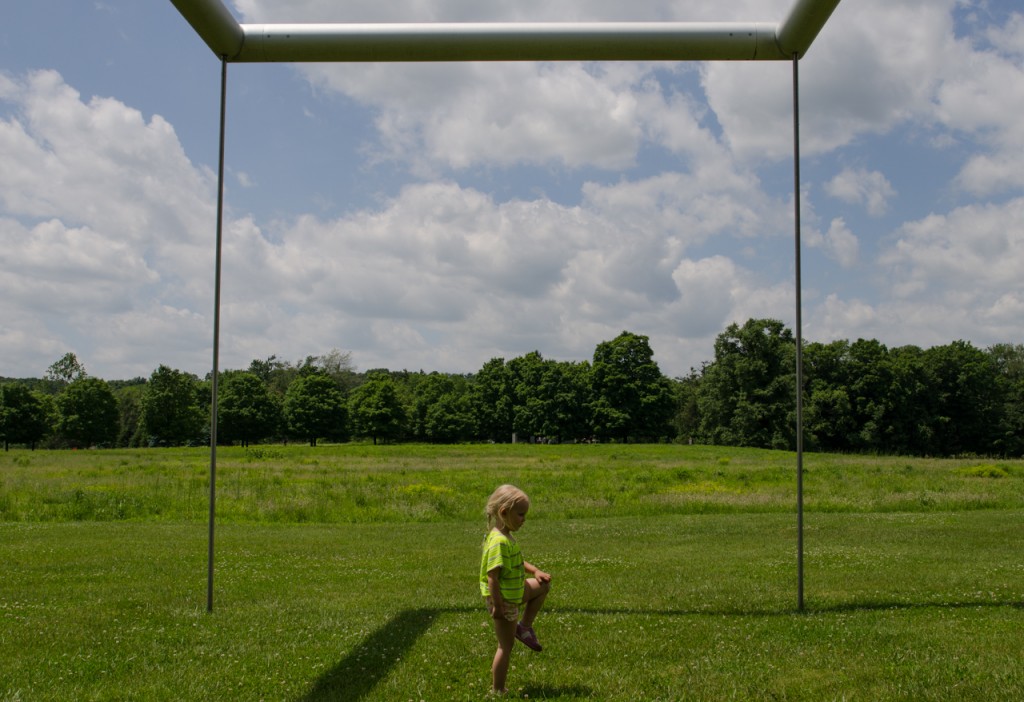 The cicadas pushed that horizon forward 17 years, much, much farther than I’ve ever been able to see into the future. As we walked around Storm King, sticking to the shade, I encouraged Charlotte to try to remember these cicadas. "We’ve never seen this many cicadas before," I told her. "It won’t be like this again until you’re 20."2

2 Charlotte’s own future horizon stretches as far out as 11, which seems to be the oldest she can imagine being. All sorts of stuff will happen when she’s 11, according to her. "I will be as tall as you when I am eleven," or "I will live in my own apartment when I am eleven."

It was a vision that required such specificity that it stuck. These cicadas would be back in 17 years, in this spot, and so might we. I’m not saying it’s going to happen, just that I could see it. Charlotte at 20, me at 50, all of us in the northeast, when the cicadas return and we reminisce about that time she was 3 and we drove to Storm King on a warm Sunday with a picnic lunch. It was a horizon I was happy to have seen. 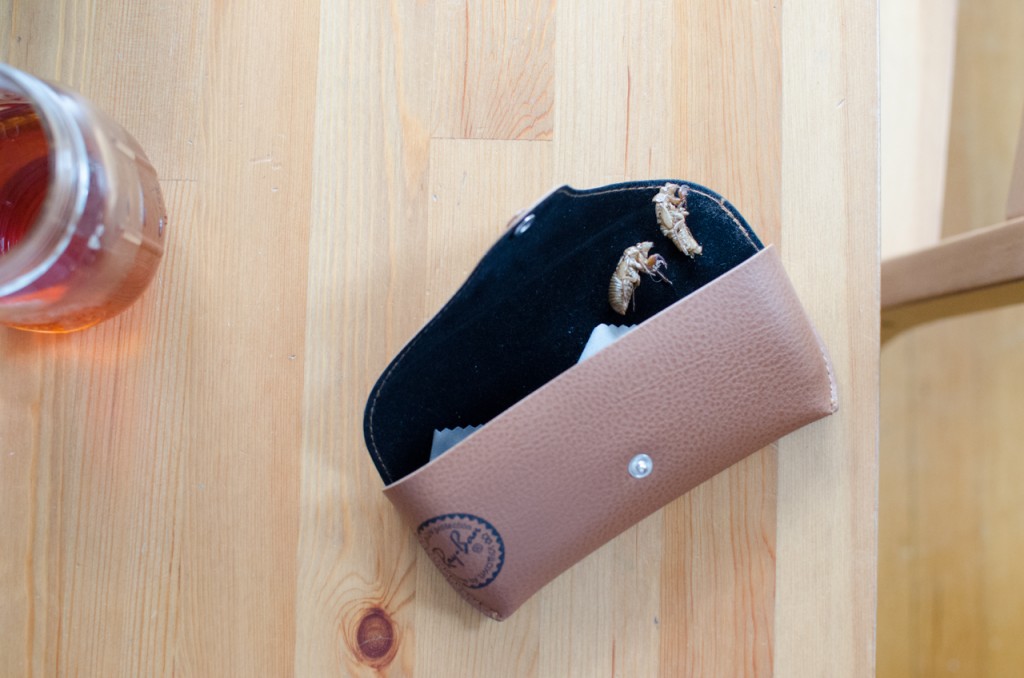